The Bulgarian beach football champions – MFC Spartak (Varna), visited Ludogorets. On Thursday afternoon the boys from our sea capital city, who will... 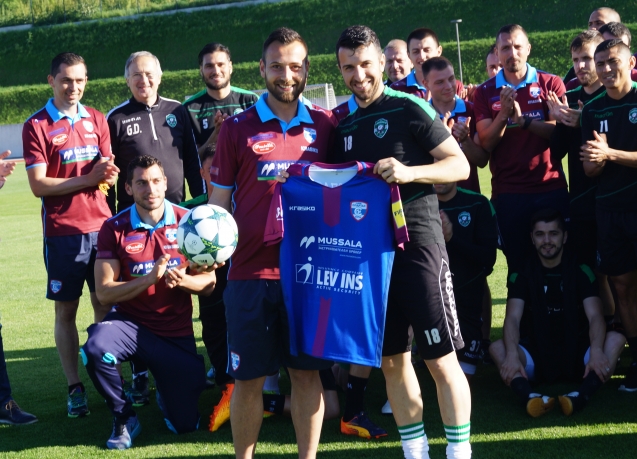 The players were greeted by the managing director Angel Petrichev, the coach Georgi Dermendzhiev and the players of the club. The two teams took a picture together, after which Svetoslav Dyakov wished a massive success to MFC Spartak. The beach football champs gave a special gift to Dyakov – a team T-shirt and a flag.

The club facility was introduced to the guests personally by Georgi Dermendzhiev and Angel Petrichev, and after that the boys from MFC Spartak witnessed the training session of “The Eagles”.

The team from Varna will be playing along the best teams from Ukraine, Turkey and Romania in the group phase of the championship in the Portuguese city Nazare. The first stage will be between 26th and 28th of May. The games from the main round, where MFC Spartak will participate, are between 29th 31st of May. The second round will be on June 1st, and the semi-finals – on June 3rd. The final game will be on the 4th of June. 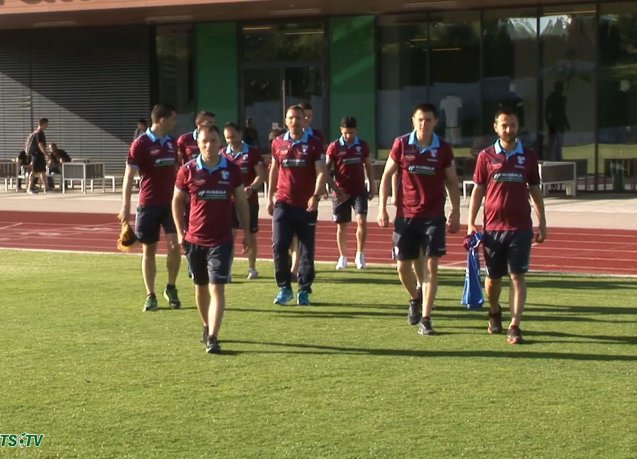