Ludogorets – Dunav (Ruse) ended up with a 2:2 score

“The Eagles” and Dunav (Ruse) reached a 2:2 score in a game of the XXXII round of First Professional Football League in front of about 10,000... 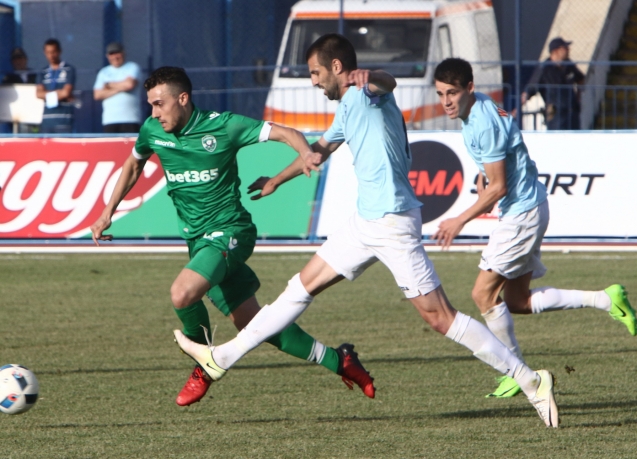 “The Eagles” and Dunav (Ruse) reached a 2:2 score in a game of the XXXII round of First Professional Football League in front of about 10,000 spectators on the town.

In the first minutes the host team was the more active one. Budinov shot near the door, after which Renan stood up with a very good save after a head strike from the team’s attacker. The hosts took the lead in the 12th minute, when they organized a quick counter-attack and Ayass passed ahead to Branimir Kostadinov. He outran Cicinho and passed to Vasil Shopov. Palomino missed to catch the ball and eventually the midfielder of “The Dragons” scored for 1:0. “The Eagles” responded with a nice shot from Wanderson, but it was not accurate.

In the 25th minute Dunav was close to a second goal, when Branimir Kostadinov shot to center from the left side, the ball went to Budinov who was able to send it with his head towards Renan’s gate, but he pushed the ball back straight to Vasil Shopov’s foot. He took his chance, but Palominho kicked the ball out. In the 32nd minute the visiting team executed their first good attack, but Anicet’s shot was no problem for the gatekeeper Antonov. In the 39th minute “The Eagles” had their closest goal situation for the first half. Keseru passed ahead to Abel Anicet, who was alone against the goal-keeper, but the shot was right into the gate’s beam.

During the second half the hosts were mainly in their part of the field and Ludogorets’ players were trying to score. Shots from Aleksandar Vasilev and Claudiu Keseru did not end up with a goal.

In the 66th minute eventually the champions scored their first goal, therefore making the score even. Marcelinho skillfully passed to Keseru behind the defense’s back, and the Romanian attacker easily scored his 22nd goal since the season began. Later the hosts demanded a penalty due to foul play from Marcelinho in the penalty zone, but despite their arguments the referee Georgi Kabakov overruled the demand.

In the 78th minute Dunav again took the lead, when Nenov outran Aleksandar Vasilev and shot. Renan saved, but the ball went back into Vasilev, who passed to Birsent Karageren who was accurate from a close distance, thus making the score 2:1. On the replays, however, it was visible that Nenov was in an offside situation, but the real drama was yet to come – in the 88th minute Marcelinho shot to the center of the field, reaching Cafu, who kicked the ball, Budinov tried to clear it off, but the ball made ricochet from Milchev’s foot and went straight into Dunav’s gate for 2:2.

During the extended time Sasha missed his chance to fully turn things around – Antonov saved nicely. 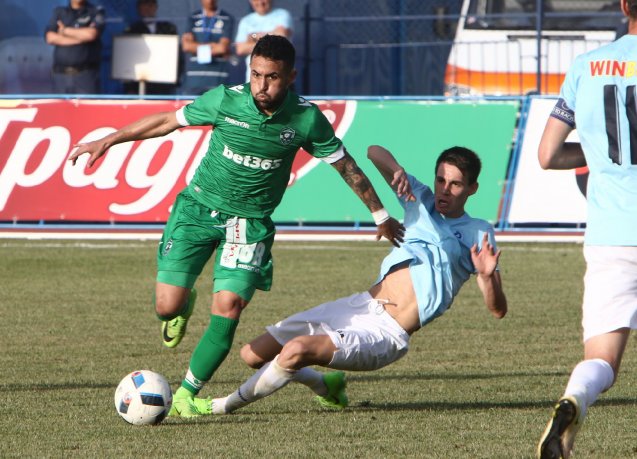