Ludogorets ended up with an equal score of 1:1 against CSKA in a tough game at “Bulgarian Army” stadium and after this the team has a 13-point... 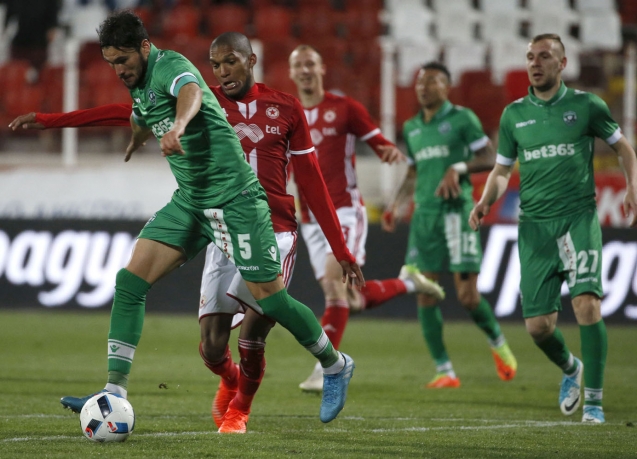 Ludogorets ended up with an equal score of 1:1 against CSKA in a tough game at “Bulgarian Army” stadium and after this the team has a 13-point advance before the second overall – Levski, with seven rounds remaining before the championship final. “The Eagles” showed that they cannot lose on that stadium even when they play with no more than half of their real potential. Apart from that the referee Stefan Apostolov played a leading role in the game when he declared a very controversial penalty in favor of “The Red Team”. Ludogorets’ tactical plan did not include an attacking midfielder. Cafu was leading the attack in the role of a “false number nine”. Natanael was back in the team after he missed a few games due to an injury. The visiting team had an ace up their sleeve in the face of Svetoslav Dyakov, who was waiting as a replacement and was back in the team after a month of recovery due to a muscle injury.

“The Red Team” started of feeling a little stunned and Ludogorets took the chance for its first goal situation. In the 8th minute Campanharo kicked the ball outside of the penalty zone and it hit Kitanov’s gate beam. About five minutes later a very controversial situation occurred in front of Ludogorets’ gate – Karanga hit Moti in the face with his elbow while the two of them were struggling for e better position. The Romanian player fell on the ground in ache with blood on his lip. Ludogorets’ players demanded a red card for Karanga, but the referee Stefan Apostolov only gave him the yellow one. After this situation CSKA took the initiative and were dominating the game until the end of the first half. They managed to create only a few goal situations in front of Renan’s gate, but none of them ended up with an actual goal. The closest one was in the 38th minute when Ruben Pinto surprised Ludogorets with a nice overthrow kick, but the ball went near the gate.

CSKA Sofia started good in the second half. “The Red Team” were aggressive, but no enough to intimidate the visiting team’s gate. In the 64th minute there was an even more controversial situation which was in favor of CSKA. Despodov tried to pass through Palomino and then “The Eagles”’ defender accidently used his arm without obstructing any goal situation at all. The referee decided it was a penalty, even though the situation occurred outside the penalty zone. Bumal was accurate enough and CSKA took the lead.

Ludogorets immediately reacted and created pressure over CSKA. Soon enough there was some tension on the field, when Moti loudly invited Karanga to leave the pitch faster during a switch. The referee ended up giving the Romanian a yellow card.

“The Eagles” only needed about ten minutes of playing to make the score even, which happened in the 75th minute with Marcelinho’s goal. He received a great pass from Wanderson, who got to the ball after Ruben Pinto’s mistake. 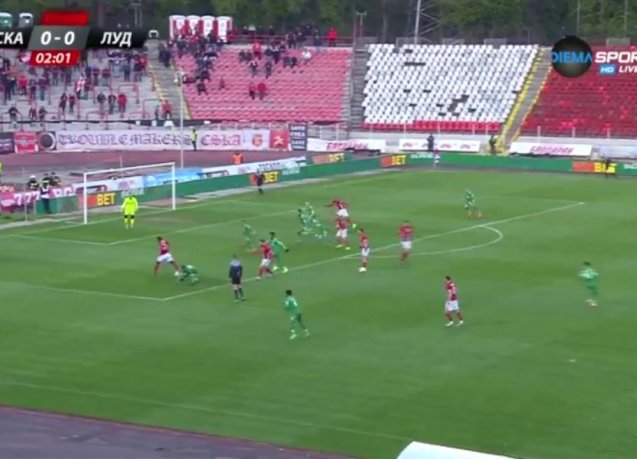