Ludogorets is 99% likely to be in finals for the Bulgarian Cup after the defeat over Litex in Razgrad during the first game of the semi-final. The... 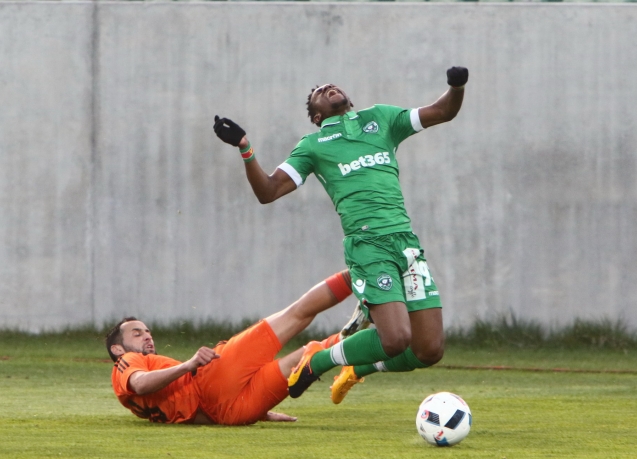 Ludogorets is 99% likely to be in finals for the Bulgarian Cup after the defeat over Litex in Razgrad during the first game of the semi-final.

The champions’ coach Georgi Dermendzhiev made his bet on nine players who are not holders. The gatekeeper Daniel Naumov made his debut for “The Eagles”, while in defense in front of him were Lukas Sasha, Jose Palomino, Igor Plastun and Aleksandar Vasilev. “The Green Team” came on the field with only one inside midfielder – Gustavo Campanharo. In front of him there were five attackers – Misidjan, Lukoki, Quixada, Wanderson and Joao Paulo.

For the visiting team, leader of the Northwest third league, there was an important player missing – Georgi Kakalov, who is recovering from an injury. In the team’s attack the main players were Metodi Kostov and the ex-Levski attacker Nasko Kurdov.

Shortly after the start of the game, in the 48th second Ludogorets opened the score, when Joao Paulo passed to Virgil Misidjan on the left side and he managed to score with ease. Soon after that Vura was close to a second goal, but he missed in front of an empty gate after he could not receive the ball after a pass from Lukas Sasha. The visiting team had the chance to make the score even in the 10th minute after Ludogorets’ defense did not handle Ivan Ivanov, but his shot was not accurate. After that the side referee signaled about two very controversial offside situations for Ludogorets when Lukoki and Misidjan were coming out behind “The Orange Team”’s defense. Naturally, in the 25th minute after a long attack Campanharo shot with his right foot, the ball made a ricochet in Ganev’s body and went into Valkov’s gate for 2:0. After that Lukoki missed his chance when he was alone against the gatekeeper – he shot directly at him. Seconds later Aleksandar Vasilev won a fight for the ball with his head, and afterwords scored the third goal with his left foot. In the 34th minute the score became 4:0 when Quixada, again with his left foot, did not leave a chance for Valkov to save. In the few extra minutes of the first half Ludogorets was close to a fifth goal, when Palomino shot from a close distance at the gatekeeper, after which a shot from Wanderson was caught by a defender from Litex.

During the second half the home team slowed down a bit. Nevertheless, in the 47th minute Quixada passed ahead to Lukoki, but the winger from Congo shot inaccurately. In the 56th minute Joao Paulo found himself in e good position, but he missed the gate. After that the ex-Botev scorer tried Valkov’s reflexes again, but he managed to save. In the 75th minute Wanderson and Misidjan once again defeated Litex’s defense, but once again the goalkeeper saved. Right before the end of the game the visiting team’s coach shocked everyone with a replacement he made – Boychev, who entered the field after the half time on Nasko Kurdov’s place, was replaced. In the 81st minute Misidjan was not focused enough and could not shoot over Valkov. In the extra tame after the 90th minute Joao Paulo had the chance to score the fifth goal from the foul point, but the ball went over the gate.

The rematch will be played on April 27th in Lovech. 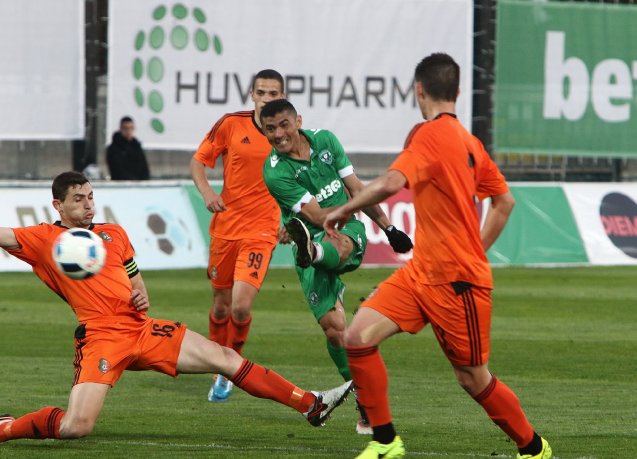