Ludogorets took the win with ease over CSKA (Sofia) with a 2-0 score as a visitor on “Bulgarian Army” staduim. Despite the claims coming from the... 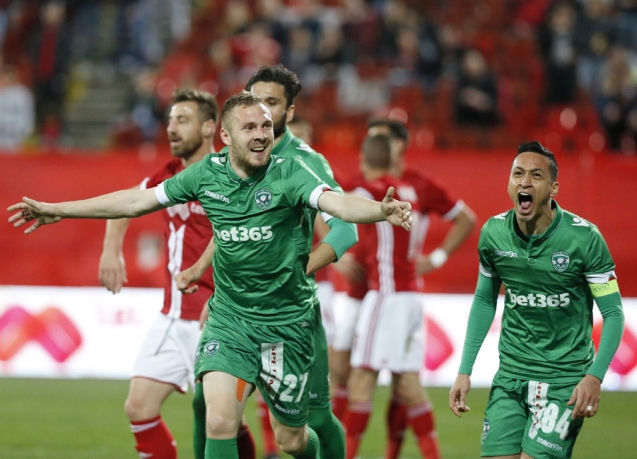 Ludogorets took the win with ease over CSKA (Sofia) with a 2-0 score as a visitor on “Bulgarian Army” staduim. Despite the claims coming from the hosts’ camp before the game and the initial rough start, Georgi Dermendzhiev’s players were not concerned at all and after they took the win, their advance as a group leader was increased to 16 points ahead of the second overall -  Levski (Sofia) and 21 points ahead of CSKA (Sofia).

“The Eagles” managed to score in the 28th, when Cosmin Moti received the ball head on after a pass from Wanderson from the foul point and skillfully hit Georgi Kitanov’s gate. In the 31st minute the hosts managed to organize an attack when Kulma found Nedyalkov, who passed the ball to the oncoming Despodov, but he sent it above Ludogorets’ gate. Just 180 seconds later CSKA missed its best opportunity during the first half when Ruben Pinto shot from the border of the penalty zone only to send the ball directly to the gatekeeper Renan. In the 41st minute Ludogorets stroke again. Yordan Minev fought for the ball and eventually Marcelinho got to it, passing it gracefully with his left foot to Wanderson, who was alone in the center of the field against Kitanov. After that he passed the ball to Cafu, who scored the second goal in the empty gate.

A few minutes later the rough attitude of the hosts escalated when Boumal brutally hit Lukas Sasha in the feet, but fortunately for the “Eagles”’ half, his knee was not hurt. In the 52nd minute CSKA had another chance to score when Natanael did not manage to pull out and cover the off-side Karanga went alone against Renan, but Ludogorets’ gatekeeper saved the situation. After that Arsenio passed to Karanga again, but the hosts’ main striker didn’t score. In the 60th minute Ludogorets was extremely close to scoring a third goal, when Keseru went ahead of CSKA’s defense, but his pass to Cafu was not accurate. The Brazilian player could not handle the ball fast enough to shoot directly towards Kitanov, which surely could have been a third score for Ludogorets. 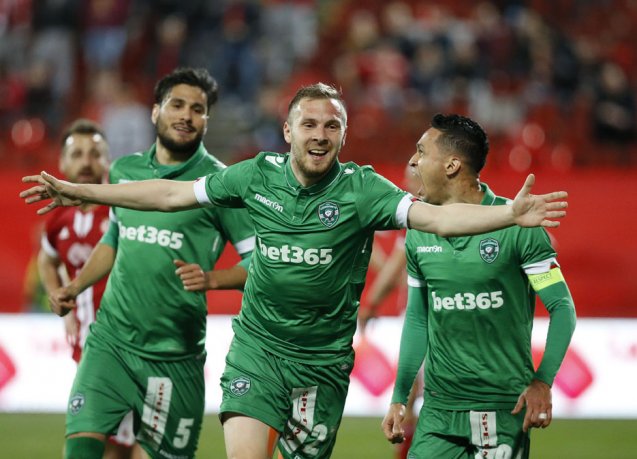