Ludogorets with a new victory – 2:0 against Loko (Pd)

The Champions had no troubles to beat the visitors from Lokomotiv (Pd) 2:0 as Iliyan Iliev made his debut as a manager of The Smurfs. Two goals... 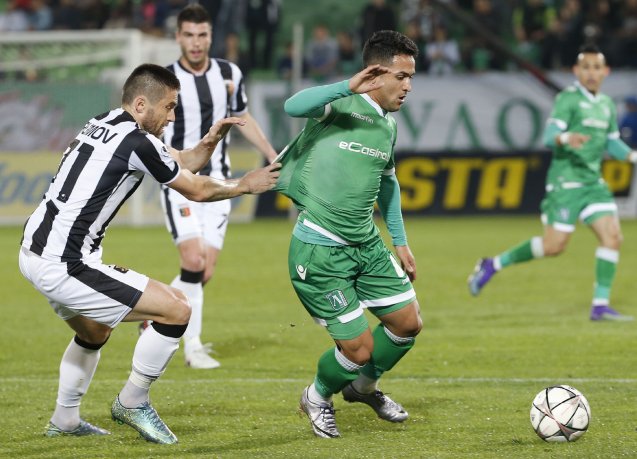 The Champions had no troubles to beat the visitors from Lokomotiv (Pd) 2:0 as Iliyan Iliev made his debut as a manager of The Smurfs. Two goals before the break from Marselinho in 22nd minute and Cosmin Moti who returned to the squad after being suspended (42) practically decided the match. The visitors from Plovdiv took the lead with a goal from Aleksandar Tunchev in the 20th minute. However, the referee Ivaylo Stoyanov disallowed the goal because of Martin Raynov’s handball. Just 30 minutes after the kick off Loko’s new player Mansour Gueye, who had to fill the gap in the attack left by the suspended captain Martin Kamburov, left the field following an injury. Gueye was replaced by other new player – Paulo Sergio, who made his official debut for the team.

Loko had the best opportunity in 71st minute after Emil Gargorov hit the post from a free-kick and the goalkeeper of The Eagles – Stoyanov, saved the following rebounds.

With this victory Ludogorets opened the gap to eleven points at the top ahead of Levski and Beroe which are playing tomorrow with Montana and Cherno More, respectively.