One of the Bulgarian championship’s biggest talents, Guilherme de Souza – Choco, is a Bulgarian citizen. 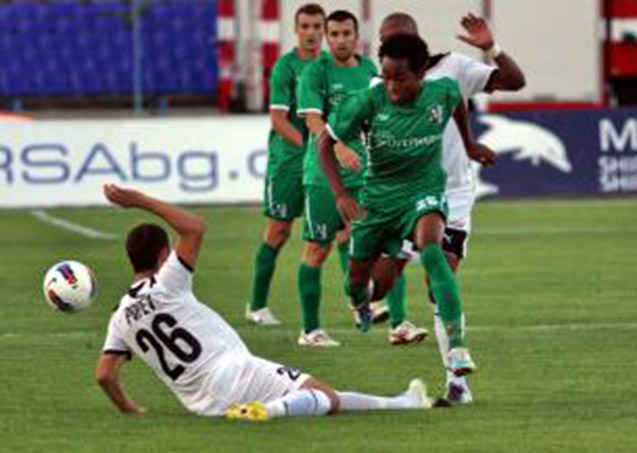 One of the Bulgarian championship’s biggest talents, Guilherme de Souza – Choco, is a Bulgarian citizen. Vice president Angel Marin has signed the enactment, allowing the 21-year-old defender to obtain Bulgarian citizenship.
The player signed with Ludogorets in January this year, and he is being part of the team that won the historical First Division entry. Since the beginning of season in the elite division, Choco is a constant part of the starting eleven’s defense. He also has one goal scored – against Minior, on October 15, 2011. After his precise shot Ludogorets took the lead and won the game.
Choco has been a youth player of Brazilian team Santos, where he played along with Neymar - the other wonder child of Brazilian football. They are also close friends.
Since the few months of his stay in Ludogorets Choco turned out to be one of the public’s favourites. Football fans are positive that if the number of his good games continues to grow, he would be soon called in the national Bulgarian football team.