Seventh victory in a row, Ludogorets is at number one again

Ludogorets is at number one again, with seven victories in a row. “The eagles” prevailed 1:0 over Botev – Vratsa. 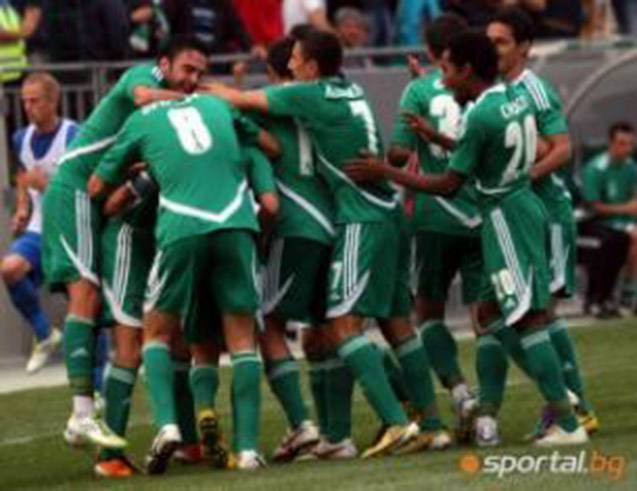 Ludogorets is at number one again, with seven victories in a row. “The eagles” prevailed 1:0 over Botev – Vratsa. The players of Razgrad are now leading in the current rank, with 22 points.
First half-time passed under the absolute dictation of Ivaylo Petev’s players, pressing their adversaries. They had numerous attacks towards the hosts’ goal, withheld by goalkeeper Veselin Tsvetkovski. Principle players in the attacks were the captain Emil Gargorov, Svetoslav Dyakov and Mihail Alexandrov.
Star of the game was Ivan Stoyanov, who replaced Miroslav Ivanov in the 71st minute of the match. Stoyanov scored the victory goal under the crossbar, ensuring the 0:1 victory result for Ludogorets in the 90th minute of the match.

Ivaylo Petev for Gong:
"The Referee disallowed a 100% goal, and he didn’t award our team a penalty kick”
I’m happy with the three points that we won. We played the entire game in their half of the field, they didn’t attack at all. During the first part we played slower, but then after the break we had 2-3 very good situations. Luck has turned its back on us in numerous situations, but in the end it was clear that God knows what he’s doing, said Ludogorets’s head coach Ivaylo Petev after the victory of his team over Botev – Vratsa. The Ludogorian wolves won with 1:0, with a goal by Ivan Stoyanov, scored 13 seconds before the end of the 3rd minute of extra time.
It’s hard to play with those kind of teams though. It’s really important when will the first goal be scored. But my boys showed a strong personality, they fought hard until the very last minute and we won with a fabulous goal by Ivan Stoyanov.
I think the Referee acted contrary to us, disallowing our goal, moreover the 100% penalty kick that he didn’t award. I admit that, comparing to the match with Levski, there was a slight drop in our game, but the whole team fought. And if we’d scored earlier, the match would’ve turned out differently.

The group of Ludogorets: