The coach of Ludogorets Dimitar Dimitrov and Cosmin Moti participated in a press conference before the game of group C of Europa League against... 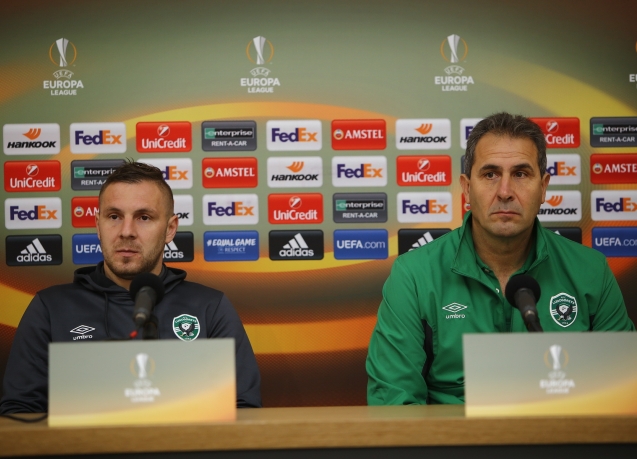 The coach of Ludogorets Dimitar Dimitrov and Cosmin Moti participated in a press conference before the game of group C of Europa League against Hoffenheim.

“The team is ready to host the first game in Razgrad from the group phase of the Champions League. Hoffenheim are a tough competitor, which is clear from their results. We must not allow room for mistakes and we go out to win.

Everybody said that Hoffenheim is more likely to win and despite their loss in the first game of the group phase, they still have an advantage. We studied Hoffenheim well - they are disciplined and well prepared, both physically and tactically. They can change their attitude during the game. We have experience on the European fields, which will be usefull. We do not have any problems with the players. Another advantage is that we will play on our home field”, said Dimitrov.

“Hoffenheim is a rather strong team with a good performance in the Bundesliga. We have to perform with more than a 100% of our potential in order to win. We will not be able to win the three points, if we play good for five minutes, but the next five or ten minutes we lack the same level. We must be focused during the whole match”, Moti added.