Ludogorets left the battle for the Champions League with pride

In a rare match with multiple referee mistakes that showed a tendency, Ludogorets lost 2:4 to Dinamo (Zagreb). 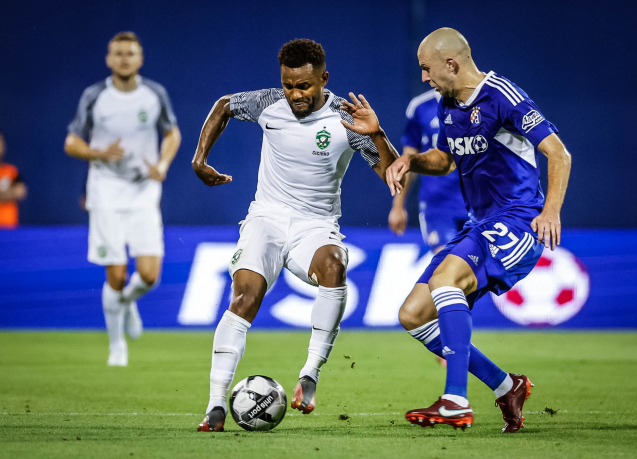 In a rare match with multiple referee mistakes that showed a tendency, Ludogorets lost 2:4 to Dinamo (Zagreb). The rematch was the last part of Ludogorets’ journey in this tournament. Ludogorets continues with the Europa League qualifications, with a match against Zalgiris.

The French referee, Benoit Bastien, determined the outcome of the match. He gave Ludogorets four red cards and ruled two penalty kicks in Dinamo’s favor, one of which was beyond controversial. Orsic, Dermic, and Petkovic scored the goals for the Croatian team, and Despodov scored both goals for Ludogorets. Yankov, Jonathan, Karnicnik, and the team manager, Kirchev received four red cards. This made everything even worse.

The second yellow card for Yankov was controversial. He left the pitch in the 17th minute after a foul he made that was part of a simple and harmless situation. The first penalty kick for Dinamo was also a questionable one. It became a fact after Nedyalkov and a Dinamo player fought for the ball and the referee was the only one who saw a penalty situation. The VAR system was not used to confirm the situation.

Bastien’s work was all in favor of the competitor. Considering the result from the first match, Ludogorets had to win this match, which was very hard because of the red cards. Despite this, Ludogorets picked up the pace during the second half and created a few good goal situations that could have changed the entire outcome of this match. Jonathan left the pitch as well because of an unintentional hit.

Two players short, The Eagles continued to create attacks. The referee ruled another penalty kick for Dinamo after Karnicnik’s foul. The VAR system showed that the Slovenian had to leave the pitch.

The team manager Nikolay Kirchev was the last to receive a red card.