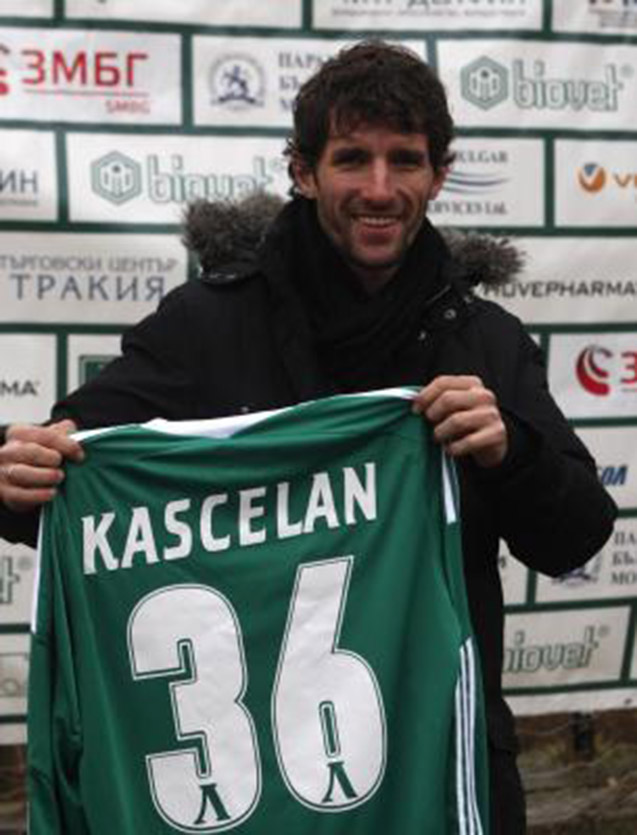 The Montenegro national team player Mladen Kašćelan is the new name in Ludogorets’s winter selection. Defensive midfielder is already part of the team, once “the eagles’ “ management has made an agreement with his club – Jagiellonia, Poland, and the footballer having accepted his personal conditions.
The experienced midfielder is part of the Montenegro squad which won two historical draws against England’s national team. The team reached the playoffs on their way to EURO 2012.
Kašćelan is 28 years old. He is born on February 13th, 1983. He is 178 cm tall. Last team to be defended by him was the elite Polish team Jagiellonia. At the beginning of his carreer he has been a player of Borussia, Dortmund.
He will be joining the squad on their training camp in Sandanski today.
He’s supposed to attend the friendly with Pirin, Goce Delchev, starting at 13.30h.