Ludogorets came from behind against Pirin – 3:1 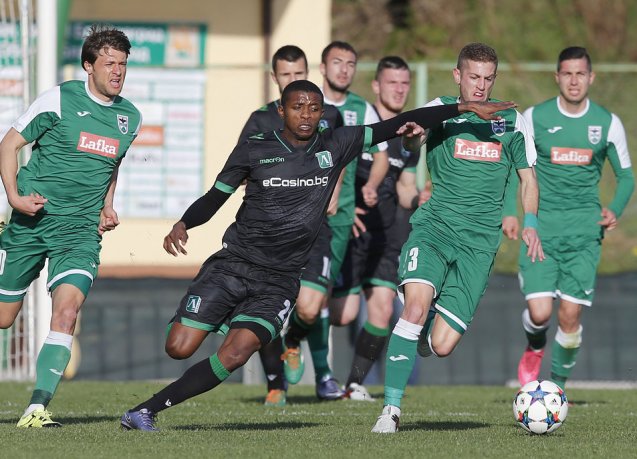 Ludogorets beat Pirin to move twelve points clear at the top of the league ahead of second placed Levski. The team from Razgrad secured a 3:1 win at Hristo Botev stadium in Blagoevgrad as all of the goals came from Georgi Dermendzhiev’s players.

Cosmin Moti scored an own goal at the start of the game. Goals from Johnatan Cafu, who scored twice, and Claudiu Keseru sealed the win for Ludogorets.

Pirin ended the game with 10 men as Rumen Sandev was shown a straight red card in the 85th minute for a dangerous tackle on Quihada with no attempt on ball.

The Eagles now have 48 points. Earlier today Levski and Lokomotiv (Plovdiv) drew 1:1 leaving The Blues on second place with 36 points. Pirin is eighth with 16 points.