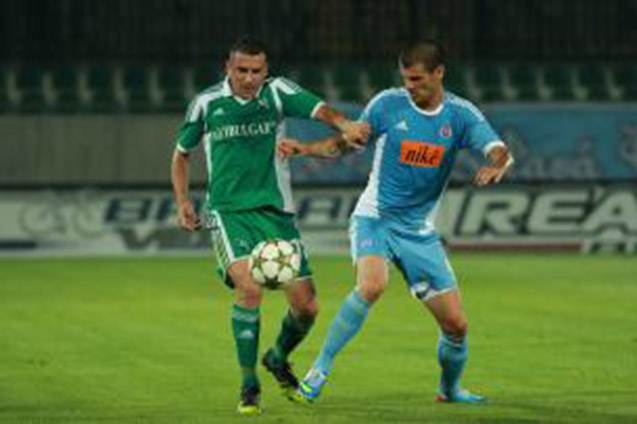 Ludogorets played a great match and reached an historical victory in European club tournaments. With two goal of Dani Abalo and one of Ivan Stoyanov, The Eagles crashed with 3:0 the Slovakian champion Slovan with total result 4:0 and they continue in the third qualifying round of the Champion’s League and they will play with the Serbian champion Partizan, who eliminate the Armenian Shirak after two equalities – 1:1 in Gyumri and 0:0 in Beograd.

Wednesday evening, in front of 5000 amazing visitor of “Ludogorets Arena”, Stoycho Stoev’s boys took the initiative from the first seconds and on the 3rd minute, they led. Ivan Stoyanov, who had birthday in the same day, scored with a beautiful goal. The forward took rthe opportunity from the right pass from Junior Caiçara. 9 minutes later, the result was 2:0. Dani Abalo was taken behind the Slovakian defence and with a perfect kick from small angle he sent the ball in the net. This was the first goal for the Spanish in green. Next minutes Ludogorets continued to attack and until the end of the first half-time the team missed a lot of situations. Marcelinho and Bezjak was really close to new goal, but the goal-keeper Punotski had luck.

The second half-time was like the first one. The Champions were masters on the field and played for the amazing audience on the Stadium. Slovan hardly reached the goal of Vlado Stoyanov, and “the eagles” skip to make a classical result. In Ludogorets’s situations was one post of Ivan Stoyanov. In the 50th minute he got a good pass from Hristo Zlatinski, but his shot was on the upper post. Dani Abalo put the end of the duel with Slovan in 79th minute, when he scored for the second time for 3:0. The ex-player of Celta got an excellent pass from Dimo Bakalov and in a clear position he made technically the ball along Putnochky. 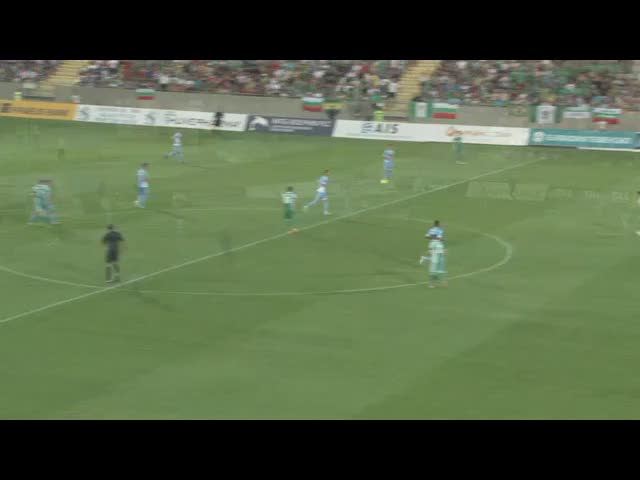