Kiril Domuschiev: “Our ambition is a beautiful playing”

The owner of Ludogorets, Kiril Domuschiev, was extremely happy to see the first victory of his team in the elite. 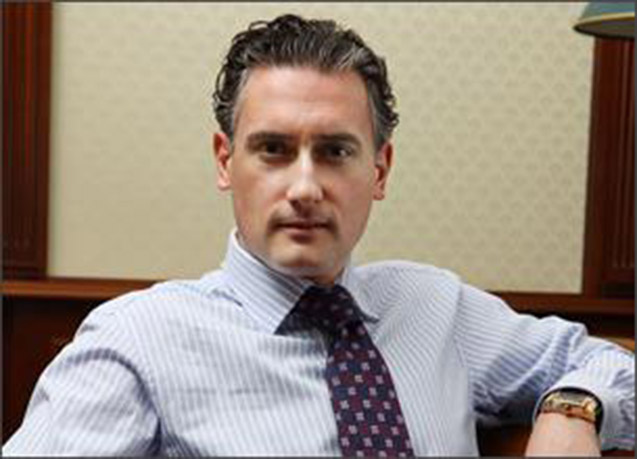 The owner of Ludogorets, Kiril Domuschiev, was extremely happy to see the first victory of his team in the elite. After the match he shared that the work of the team and him excites a lot of envy in the other First Division teams.

“I am satisfied that we turned the result around, the boys showed a lot of courage to fight it out. But I’m not satisfied with the team’s playing. We are playing inconsistently and there’s still a lot of work to do until they reach the necessary level of synchronization.” - said Domuschiev.

“Every gained point is important to us. Four points up to this moment are more than I’ve expected. I expected it to be hard. Our ambition is a beautiful playing so the public would enjoy it. We will set our goals after.”

“We’re breaking out of the status quo – there are a lot of clubs that are not developing in the right way. And when someone sees a mechanism well maintained, working as it should, it excites envy and tension” – commented the boss with regard to the criticism against Ludogorets. “My expectations are for an upright championship, support from the other clubs, and a fair play. It is important that people start going to games. Only time will show if we’re going to make it to the first three.”

“We hope we’d be ready for the game with Levski. We’re almost done, but the field can not be used for about 30 days, so the greensward could take root. Over 3.5 million leva will be waisted, and the whole training complex will cost a little more than 6 millions.” – revealed Domuschiev about the construction works in Razgrad.

“We feel very good in Kavarna, thank you everybody, and we’re probably going to play our next hosted games there” – also said Domuschiev.