Ludogorets’ winning spree is over after the even 0:0 score against CSKA-Sofia

Ludogorets achieved and even 0:0 score against CSKA-Sofia, thus the champions ended their winning spree of 14 consecutive wins. However, their... 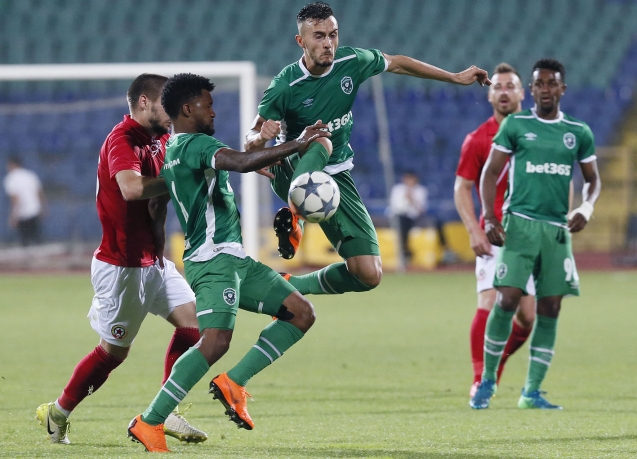 Ludogorets achieved and even 0:0 score against CSKA-Sofia, thus the champions ended their winning spree of 14 consecutive wins. However, their 13-point advantage ahead of the second team still remains, and they will accept Levski as their next competitor. Ludogorets will be awarded immediately after the game against Levski with the gold medals and the cup for winning the championship title.

Ludogorets’ main composition for the game against CSKA-Sofia missed Marcelinho, Wanderson and Keseru – they all were replacements. Lukoki was also out due to an injury. The first serious situation was in front of the home team’s gate. Campanharo kicked the ball from a 22-meter distance in the sixth minute, but the ball went over the crossbar. CSKA-Sofia organized a nice attack after that, but Broun was faster than Blanco. Ludogorets responded with an attack in the 24th minute; Misidjan passed to Lukas Sasha through the center of the field and the midfielder kicked the ball from the border of the penalty zone, but the attempt was not powerful enough and the keeper saved. The best goal situation during the first half happened in the 44th minute when Swierczok received a pass from Natanael, turned himself into 90 degrees and kicked the ball low from about 20 meters. However, the ball hit the gate beam and made a ricochet into Cerniauskas’ hand, after which it went out.

Despodov made an attempt to score in the beginning of the second part, but Broun saved. Two minutes later Moti almost made a huge mistake by failing to stop Blanco, but he made a split and managed to kick the ball out. It went straight into the Columbian player’s hands, and the referee Nikola Popov decided that there was a foul. CSKA-Sofia had the chance to score in the 71st minute when Manolev went ahead from the right and passed to Despodov, who made an attempt from about 15 meters, but hit the woodwork. After this situation the coach of the visiting team Dimitar Dimitrov let Marcelinho and Keseru into the game, after which Ludogorets began dominating the field. “The Eagles” had the chance to make something interesting twice after two situations involving Misidjan, but the first attempt was blocked by Bodurov, and the second was very close because the Dutch player failed to receive a pass from Marcelinho while he was alone against the keeper. 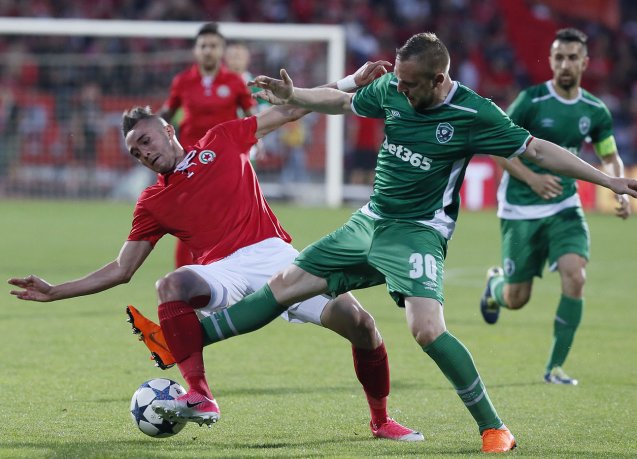