PFC Ludogorets would like to announce that the tickets for the game against Levski on 12th of May are already on sale at the club base in Razgrad.... 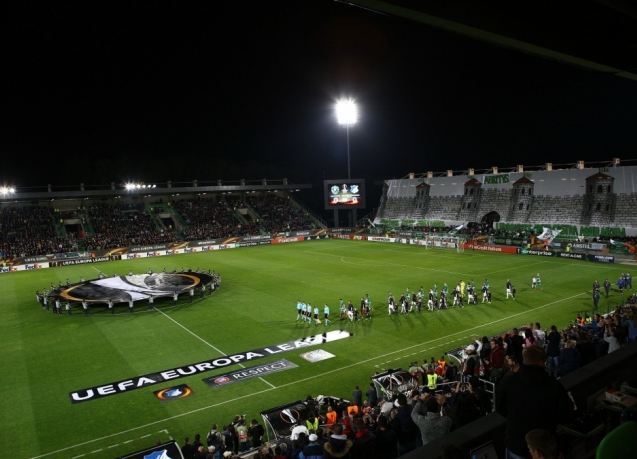 PFC Ludogorets would like to announce that the tickets for the game against Levski on 12th of May are already on sale at the club base in Razgrad. The game is scheduled for 5:30 p.m. and immediately after it the players, coaches and the management will be awarded with the gold medals and the championship cup for the 7th consecutive time. There will be a lot of other surprises that same night on “Ludogorets Arena” stadium.

The prices of the tickets are as following:

All the Levski fans will be accommodated in “A” Sector, where the ticket prices are 7 BGN.

There will also be family pack tickets available.

Following the established tradition, PFC Ludogorets will give the chance for talented children from the region and participants in reality shows to present their skills. The fans will witness their performance prior to the game. The award ceremony will take place immediately after the game’s end, and the night will be topped off with a concert featuring the rapper 100 Kila and the singer Magi Dzhanavarova. There will also be a fireworks show in honor of the title.

Additional details about the night of the champions’ show will be announced in the beginning of next week.