Ludogorets defeated Beroe with a whopping 7:0 sccore. The champions are now 8 points ahead of CSKA-Sofia after the second team overall achieved an... 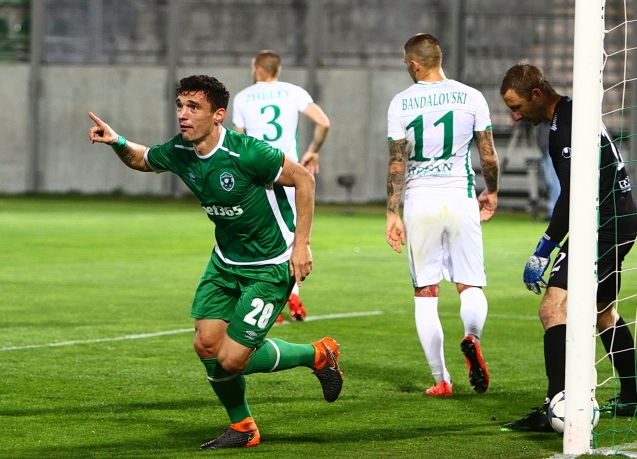 Ludogorets defeated Beroe with a whopping 7:0 sccore. The champions are now 8 points ahead of CSKA-Sofia after the second team overall achieved an even 2:2 score against Levski. Keseru was the best player on the field after he scored three goals and has a total of 23 hits in this season of First professional league. The rest of the goals were scored by Wanderson, Misidjan, Lukoki and Campanharo. This was the 12th consecutive win for the team and it was also the perfect gift for the club owner Kiril Domuschiev, who celebrates his 49th birthday on Wednesday.

Ludogorets took the advantage in the second minute. Wanderson entered the penalty zone and left no chance to Pernis. Six minutes later a second goal was narrowly missed after Misidjan took advantage of a mistake made by the other team’s defense and passed to Marcelinho who attempted a shot, but Bandalovski managed to kick the ball out right before the goal line. Ludogorets added the second goal in the 16th minute after the referee decided that there was a foul against Marcelinho. Keseru made no mistake and scored. Ten minutes later Eugenio was close to returning a goal. He entered the penalty zone fast but right before he was about to kick the ball, Broun intervened the correct way and kicked it out. Ludogorets pretty much ended all hopes and dreams in the 30th minute after Lukas Sasha passed to Keseru, who scored with his head for 3:0. Right before the end of the first half Misidjan’s shot went flying by close to the left gate beam.

The fourth goal for “The Eagles” was scored in the 61st minute. Lukas Sasha passed correctly to Keseru and he kicked the ball, but it made a ricochet in a defender’s body and returned to him, but still failed to score because Pernis saved. However, the keeper could not do much after Misidjan tried to score immediately after that situation and succeeded. Another attack by Ludogorets followed. Wanderson was in front of the goal line and passed the ball to Lukoki who was coming in fast and he scored easily for 5:0. The champions continued with their high tempo and Keseru achieved his hat-trick in the 76th minute after a tricky attempt with his left foot which surprised the keeper Argilashki. Four minutes before the end Campanharo received a nice pass from Wanderson and with a precise shot shaped the final 7:0 score. 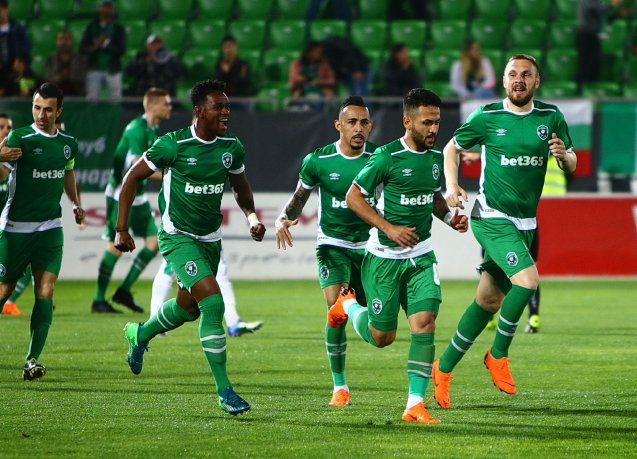