Ludogorets achieved another win and increased their overall advance

The home team’s coach Dimitar Dimitrov decided to include his best players once again, adding Misidjan to the team composition. The first situation... 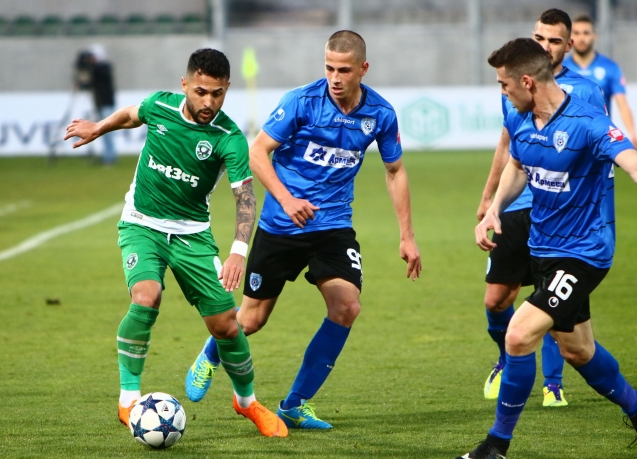 The home team’s coach Dimitar Dimitrov decided to include his best players once again, adding Misidjan to the team composition. The first situation for Ludogorets occurred in the 5th minute, when Misidjan went towards the other team’s gate, but his pass to Keseru was stopped by Zehirov, who performed a split. Cherno More responded with Fenus’ attempt to score, which was not accurate.

The champions opened the score in the 8th minute. Keseru received a pass in the penalty zone and returned it to Anicet. He attempted a shot, but sent the ball to Marcelinho instead, who then passed to Wanderson. The Brazilian scored, sending the ball below the crossbar. The goal was assisted by Conongo’s foot, in which the ball made a ricochet. Just six minutes later Ludogorets added a second goal. Keseru passed perfectly to Misidjan, who was already behind Cherno More’s defense. He passed to Marcelinho who scored with an acrobatic stunt. A few minutes later Natanael made a penalty against Ndongala, but the referee did not decide that the situation was not worth a penalty shot. Ndongala found himself in a good position in the 31st minute, but Broun saved, catching the ball with his hands.

Cherno More added a goal just a minute later. Conongo passed to Kiki, who outplayed Natanael and with a skillful kick he was able to score for 2:1. Ten minutes later “The Eagles” regained their two-goal advance in the game. Hasani returned the ball, after which Dyakov received it and passed to Marcelinho with his head. He passed to Wanderson, and the Brazilian then passed to Keseru. The Romanian kicked the ball and Makendzhiev kicked it back, sending it straight to Misidjan, who scored easily from a close distance. In the end of the first half Wanderson passed to Keseru, but his attempt to score went very close to the woodwork.

The game pace slowed down during the second half. Ilian Iliev let Radi Vasilev on the field 30 minutes before the end. Marcelinho passed to Wanderson in the 65th minute and he took his chances but missed the target. Kiki also tried to score in the 73rd minute, but this time he was not accurate enough. After Dimov made a mistake in the 80th minute, Goralski and Swierczok passed to each other a few times, but the situation did not end with a goal. A few minutes later Fenus took advantage of a mistake made by Ludogorets’ defense and attempted to score, but Broun intervened. Goralski had one more chance to score in the final minutes of the match, but the Polish player was off the target again. 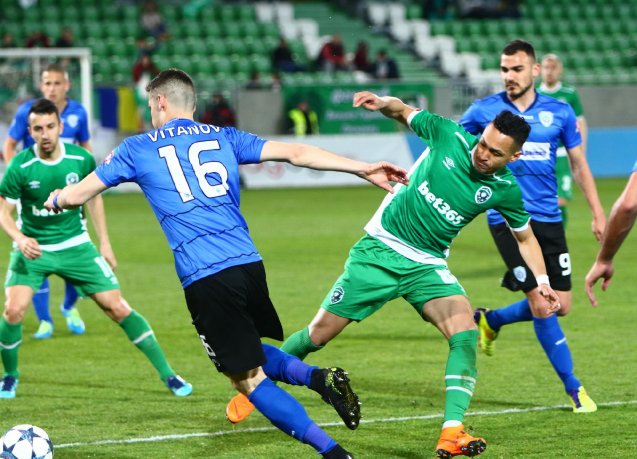