Ludogorets managed to win against Beroe with a 1:0 score in Stara Zagora, which is an important step towards the title. Marcelinho was once again the... 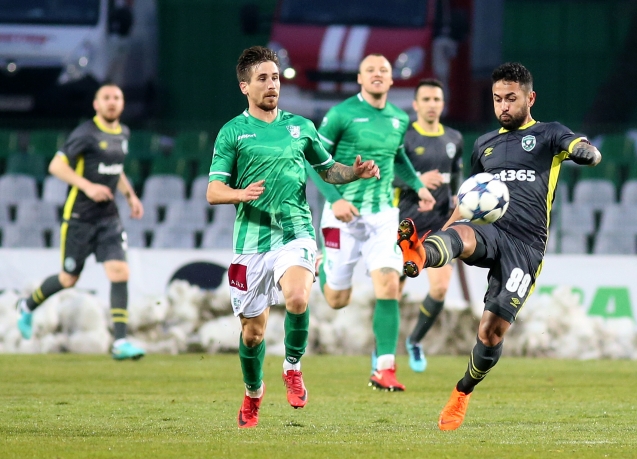 Ludogorets managed to win against Beroe with a 1:0 score in Stara Zagora, which is an important step towards the title. Marcelinho was once again the hero of the day and he scored in the 80th minute. Currently Ludogorets have a 6-point advance ahead of CSKA-Sofia in the overall rating. CSKA-Sofia will play against Etar at the “Bulgarian Army” stadium on Thursday.

Dimitar Dimitrov used his best players in the game. Dyakov and Cicinho were back into action after their penalties expired. Keseru was the main attacker, who scored the winning goal in the match against Septemvri.

The home team tried to keep the action in front of Ludogorets’ half, but “The Eagles” got in control of the game, despite the good reaction and positioning of Beroe. Plastun jumped above Zhelev in the 26th minute after a corner, but he missed the target. The champions had their next opportunity two minutes later. Dyakov passed to Cicinho and he passed to Keseru after that, but the Romanian could not attempt to score because he was stopped by Ivanov and Hadzhiev. Keseru insisted that there was a penalty and he was right. Beroe played well in the last 15 minutes of the first half. Raynov tried to score from a far distance, and Renan kicked the ball back into a corner. After that Wanderson passed to Lukoki, but his attempt was stopped by the keeper Pernis. After that Marcelinho tried to score from the foul point, but he sent the ball above the gate. The same thing happened in the 42nd minute when Kamburov tried to score. Ohene went pretty far ahead in the very end of the first half and passed to Brigido, but he was not fast enough to surprise Renan who intervened and saved.

Beroe started the second half with a fast pace. Bandalovski went near Natanael and attempted to kick the ball from the center, which could have been a goal with some luck. Pernis was a bit slow while he went ahead and Wanderson got to the ball first, but the keeper saved. After that Ohene kicked the ball, sending it really close to Ludogorets’ gate. Later Keseru scored, but his goal was canceled due to an offside situation. Dimitar Dimitrov made a couple of changes in the 64th minute. Swierczok and Misidjan entered the game, replacing Keseru and Lukoki. The Polish scorer was eager to play. His first attempt to score came after a nice pass from Dyakov, and after that he missed the target after attempting to score with his head.

The side referee failed to note an offside situation created by ZHelev in the 79th minute. Zhelev passed to Raynov who missed his chance and sent the ball high above the crossbar. Just a few seconds later Ludogorets took the lead. Wanderson kicked the ball from the corner point, Plastun jumped higher than Ivanov and passed to Marcelinho, who managed to pass through Bandalovski and scored with his head for 1:0.

Aleksandar Tomas immediately made a double replacement hoping to make the score even, and Karachanakov and Ahmed joined the action. Ludogorets was close to a second goal after that Hadzhiev did handle the ball well and it went to Misidjan. The Dutch player managed to hit the woodwork. Ivanov received the ball from Karachanakov in the 88th minute, but he was off the target. In the added time Marcelinho tried to surprise Pernis from a far distance instead of organizing an attack. 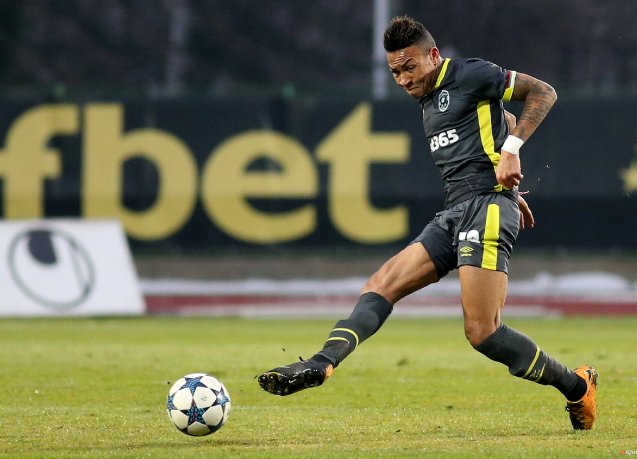