Ludogorets defeated Botev as a visiting team with a 3:1 score, thus increasing their overall advantage ahead of CSKA-Sofia to three points. The match... 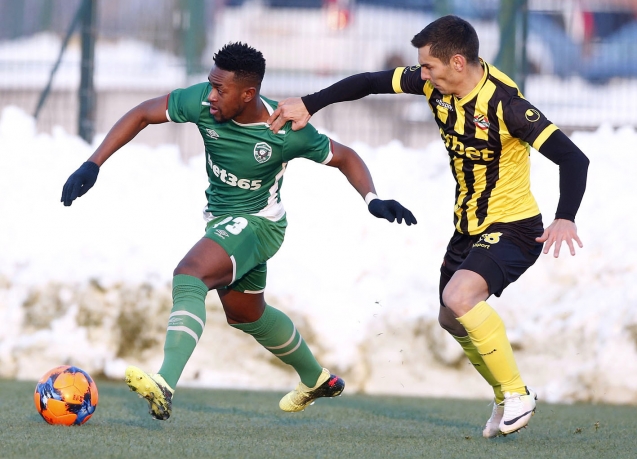 Ludogorets defeated Botev as a visiting team with a 3:1 score, thus increasing their overall advantage ahead of CSKA-Sofia to three points. The match was originally scheduled for Monday, but to the severe weather conditions it was postponed by 24 hours.

Ludogorets’ coach Dimitar Dimitrov included the new recruit Tsvetomir Panov in the main composition of the team. He was transferred just days ago from Botev. Dimitrov also included all of his main players like Marcelinho, Moti and Dyakov.

“The Eagles” started off with a fast pace and showed no mercy to the home team. Keseru scored in the 5th minute when Dyakov passed to Anicet, and he passed to the Romanian, who was faster than the defender Terziev and sent the ball between Cvorovic’s legs. This was the 50th scored goal for Keseru in the Bulgarian Elite group. Seconds later Cicinho kicked the ball towards Moti, and after that Keseru had the chance to score again, but Dimov blocked the ball’s path. Ludogorets later created another situation, but Keseru did not manage to end it properly. Anicet received a perfect pass from Marcelinho in the 17th minute, but he missed from a good position. Four minutes after that Keseru scored again, but the goal was overruled by the referee due to an offside situation that never actually occurred. Botev managed to get to Ludogorets’ gate only after the 20th minute of the game, but Campos and Dimov both missed their chances.

Ludogorets added a second goal in the 29th minute. Misidjan went towards the gate from the left and passed to Keseu, who returned to him and the Dutch player scored in Botev’s gate with a wonderful shot.

Botev managed to return a goal in the 32nd minute. Yusein sent a powerful shot towards Renan, but he kicked the ball back and Filipov got in control of it. Seconds later he passed to Campos, who was quicker than Plastun and score his first goal in the Bulgarian Elite group. After a corner shot in the 36th minute, there was a quick shuffle on the field and Plastun took advantage, but his attempt to score with the left foot was off target. The last minutes of the first half were very interesting. Panov almost scored in his former team’s gate, but Cvorovic saved. Cicinho shot from the right and Botev’s keeper made a mistake, sending the ball to Anicet, and he did not hesitate for a moment, scoring a third goal for Ludogorets.

Dimov made a foul against Marcelinho and received a yellow card in the 54th minute, thus eliminating him from the upcoming derby on Sunday. Later Wanderson hit the woodwork once, and immediately after that Anicet missed the gate from a close distance. Botev replied with a shot from Petkov, but he sent the ball over the crossbar. Dyakov passed to Wanderson in the 68th minute and he then passed to Misidjan. The ball went to Keseru next, but his attempt was blocked. Swierczok made his debut in the Bulgarian First League in the 74th minute who replaced Keseru. Ludogorets had one more chance to score a fourth goal, when Marcelinho passed accurately to Misidjan who did not choose to pass to a teammate, but sent it straight to Cvorovic’s body. 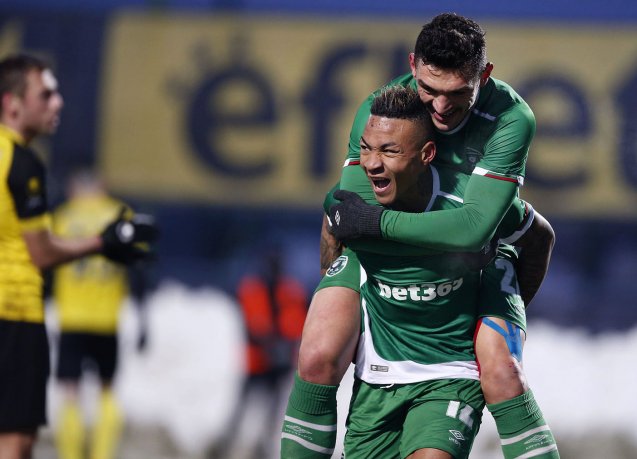