Ludogorets achieved their fourth win in Turkey against Irtysh with a 2:0 score

Dimitar Dimitrov took it easy on his former team Irtysh. The champions defeated their competitor with a 2:0 score, but missed a lot more... 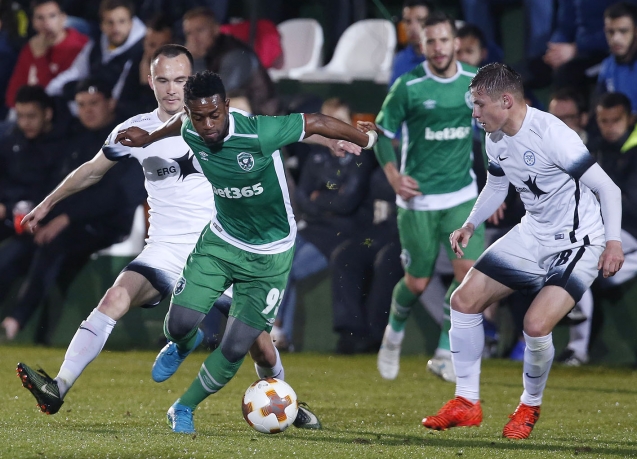 Dimitar Dimitrov took it easy on his former team Irtysh. The champions defeated their competitor with a 2:0 score, but missed a lot more opportunities throughout the game. The two goals were scored by the new player Jakub Swierczok (27) and Virgil Misidjan (34). Both of them have already three goals on their accounts since the beginning of the training camp in Turkey and it seems that they will be a real nightmare for the defenders from all the other teams.

Irtysh tried to surprise Ludogorets during the first minutes and decided to put some pressure on the champions, but “The Eagles” quickly gained control over the situation. Terziev missed a good opportunity to score in the 20th minute, and a little later Misidjan did the same.

Lukoki kicked the ball from the corner point and it went straight to Swierczok, who scored with his head.

Kalmakov saved Anicet’s kick in the 33rd minute, but 60 seconds later he did not stand a chance against Misidjan, who received a pass from Cicinho.

Ludogorets continued to play flawlessly despite the changes in the team and even the Kazakhstan media noted that Irtysh was below Ludogorets’ class and they simply had a chance to watch the champions play from a very close distance.

The youth talent Kovachev made a nice breakthrough from the left in the 84th minute and entered the penalty zone, but was tripped down by an Irtysh player. The referee decided there was a penalty, which was performed by Keseru. He tried to score skillfully like Andrea Pirlo, but the gatekeeper did not move a muscle and saved.

The Russian national team coach Stanislav Cherchesov observed the game in person. The ex-gatekeeper spoke to Dimitar Dimitrov and to the Managing Director of Ludogorets Angel Petrichev. Cherchesov is in Turkey to watch the performance of the players he has set his eyes on to follow.

Dimitrov did not manage to use a couple of his main players – Dyakov and Marcelinho – who suffer from minor injuries. The coach decided to let them recover and keep them for the game against Milan on 15th of February.

He also decided to let Renan play during the whole game, unlike the previous matches. 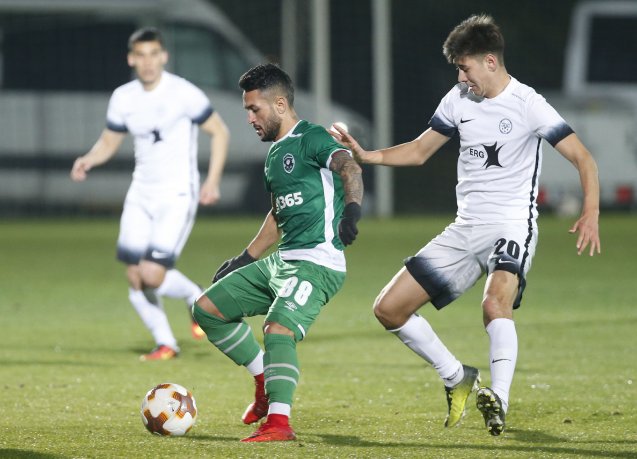