Ludogorets warmed up for the Hoffenheim game with a 2:0 win over Dunav (Ruse)

Ludogorets is back on top overall in First League after an easy 2:0 win against Dunav. This way “The Eagles” were able to properly warm up for the so... 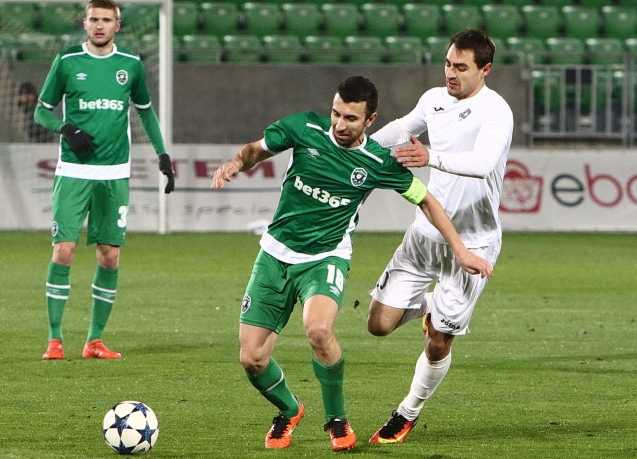 Ludogorets is back on top overall in First League after an easy 2:0 win against Dunav. This way “The Eagles” were able to properly warm up for the so important game with Hoffenheim on Thursday, after which it will be decided whether the Razgrad team will qualify for the 1/16 Europa League finals.

The home team coach Dimitar Dimitrov decided to choose most of the players that he will count on for the game in Germany on Thursday. Those players are Plastun, Natanael, Dyakov,Anicet, Lukoki, Misidjan, Keseru and Marcelinho, who is back on the field after missing out the matches against Vitosha and Vereya due to an injury. Malin Orachev decided to make a single replacement in his team, unlike during the 0:4 defeat by Levski. Aleksey Larin was replaced by Petar Patev. Birsent Karageren was abcent again. What is interesting about this game is the fact that Dimitrov and Orachev have something in common in the past. Between 1995 and 1997 Dimitrov used to be the coach of Neftohimik, where the ex-defender used to play.

Ludogorets created the first serious situation in the fourth minute when Lukoki passed to Marcelinho, who tried to score with his head, but the ball did not find the gate, because it made a slight ricochet in Diyan Dimov’s foot. Dyakov passed accurately to Sasha from the right, and he passed the ball to Keseru, who took a powerful shot, but Antonov managed to save. The situation was repeated seconds later. This time, Marcelinho was the one to take the shot after a pass from Sasha, but the ball went straight to Keseru. The Romanian player continued towards Sasha, but he was also not able to find the gate. The home team created a perfect counter attack in the 21st minute and Dyakov passed ahead to Misidjan, but after his attempt Antonov intervened great again and saved.

The first goal was a fact in the 34th minute. Dyakov passed the ball ahead to Sasha, who decided to pass to Marcelinho. He made an attempt to score with his left foot and made no mistake. Just a minute later the thrill in this game was over. Lukoki passed to Marcelinho from the right, and the scorer did it again, this time with his head. Another home team attack followed, when Dyakov passed ahead to Lukoki, whose kick was saved, and when the situation continued, the team captain tried to score himself, be the ball went out.

Ludogorets dominated the game through the second half as well. A lot of situations occurred, but did not finish with a goal as they were supposed to. Natanael and Keseru missed their chances to score. Dimitrov decided to replace Marcelinho in the 58th minute because he will rely on him against Hoffenheim. Dunav had the chance to score a beautiful goal in the 63rd minute. Shopov tried a side scissors shot, but the ball went into the replacement Georgiev, who tried to kick in in Piola-style, but his attempt was off the target. Budinov shot the ball powerfully from the foul point, but Renan kicked it back.

After these situations, the game did not offer any other interesting action. This was the first First League win of Ludogorets against Dunav in Razgrad. 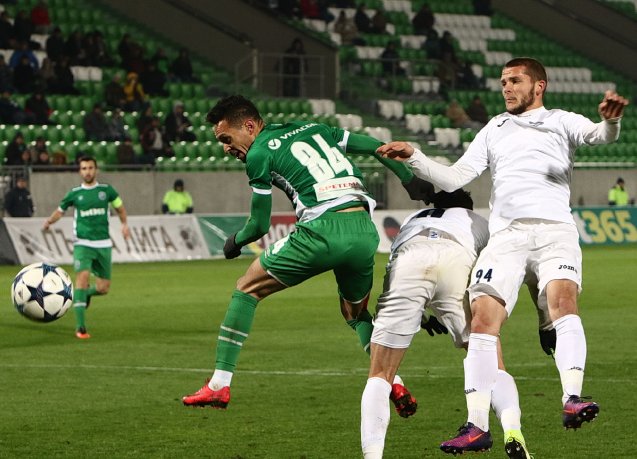