Ludogorets turned around the score against Septemvri in one half-time 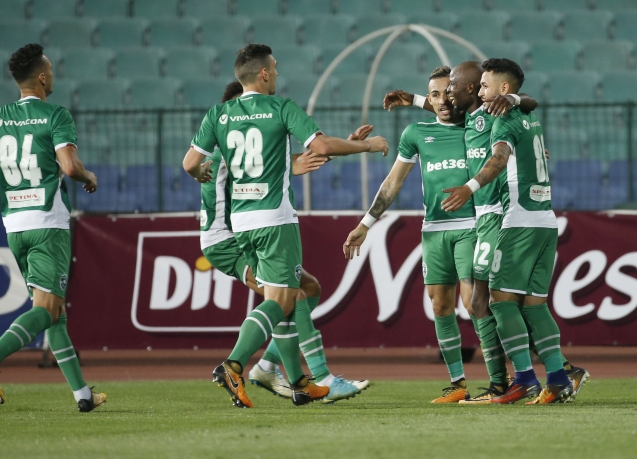 Ludogorets won 4:1 against the new team in the First football league – Septemvri (Sofia), at “Vasil Levski” stadium. Jody Lukoki created a real spectacle after scoring two goals and assisting for one more.

The first interesting situation occurred in front of Renan’s gate. Galchev shot towards the center from a corner and Petar Genchev received the ball with his head, but was not accurate enough. Seconds later Yanko Georgiev tripped Cicinho in Septemvri’s penalty zone, but as it turned out, there was an offside prior to that and therefore no penalty followed. Ludogorets replied immediately when Jody Lukoki broke through from the right and sent the ball low towards Claudiu Keseru. He tried a trick shot which was unsuccessful. Just before Marcelinho got to the ball, it was caught by Yanko Georgiev. In the 33rd minute Lukoki made an excellent breakthrough but passed poorly. Seconds later Wanderson found himself not covered by the defense in Septemvri’s penalty zone, but instead of passing the ball to a teammate, he gave it straight to Yanko Georgiev. In the 41st minute Marcelinho shot with his head, but the gatekeeper saved. The hosts took the lead in the 44th minute. Ishmael Baidu made a nice breakthrough and got fouled by Cicinho. The referee Georgi Kabakov gave an advantage and the ball was in Chris Gadi’s possession. In a “Leo Messi” style he eliminated Natanael and Anicet and shot. The ball made a slight ricochet from Moti’s body and went straight in Renan’s gate, making the score 1:0.

Ludogorets changed their style immediately after the half-time. Instead of shooting towards the center, the ball was kept low on the ground, which is one of the team’s strong skills. Jody Lukoki shot from a corner in the 51st minute and Cosmin Moti tried to score with his head, but the ball went out. Afterwards Natanael passed to Keseru who sent the ball in Septemvri’s net. The goal was later canceled due to an ambush. In the 54th minute there was nothing that could save the day when Keseru passed to Lukoki who brought the ball low on the ground. Petar Genchev could not intervene well and the ball went to Natanael, who overthrew Yanko Georgiev. Just 120 seconds later “The Eagles” completely turned the tables when Natanael passed ahead to Lukoki who caught rocket speed, passed through Georgiev and scored for 2:1. Cicinho also tried his luck but Septemvri’s gatekeeper caught the ball. A few other situations followed, but they were wasted. Keseru was quicker than Georgiev in the 73rd minute when after a long pass he tried to score, but Petar Genchev kicked the ball out from the goal line. The game was pretty much settled in the 85th minute, when Lukoki easily overplayed Vasil Dobrev and passed to Wanderson, who sent the ball in the hosts’ net with his chest. Three minutes later Dobrev made a mistake and Lukoki took advantage, scoring the fourth goal for Ludogorets with a skillful shot. 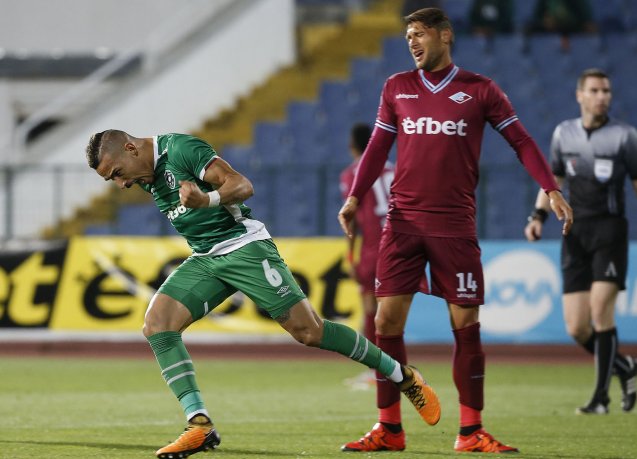