Ludogorets went through their official practice session at the “Basaksehir Fatih Terim” stadium on Wednesday at 8:00PM. Despite the problems... 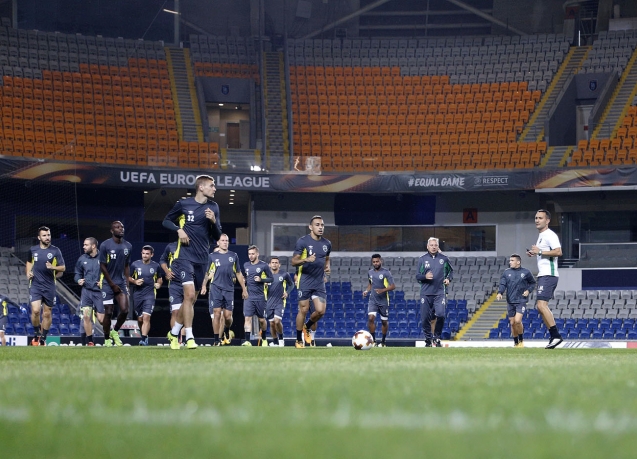 Ludogorets went through their official practice session at the “Basaksehir Fatih Terim” stadium on Wednesday at 8:00PM. Despite the problems regarding their flight from Varna, the team’s schedule was not interrupted.

The session continued an hour and all 19 players took part, including Marcelinho, who is serving a penalty and will not play against Istanbul Basaksehir.

The coach Dimitar Dimitrov and the team captain Svetoslav Dyakov held a press conference prior to the practice.

“We know a lot about our competitor. They are a strong team with class and almost became Turkey’s champions. The other team includes a lot of quality players who have played in big tournaments. It will be tough, but I rely on the experience from the tournaments which has been gained over the years. I always say that our chances are fifty-fifty. We have watched their performance and we know their pros and cons. Lie every other coach I hope to win, but I will be happy with an even score, considering how tough it will be for us”, said Dimitrov.

“I expect this to be a hard game. The competitor is a strong team and it will turn out to be a classy match. I expect the traditional surround when it comes to a Turkish club being host – cheering fans, etc. But this will not determine our performance because we go out on the field every time striving to win. I am very happy for Caicara, he is a great player and a good man, but tomorrow we are going for the victory”, said Dyakov.

Training before the game against İstanbul Başakşehir