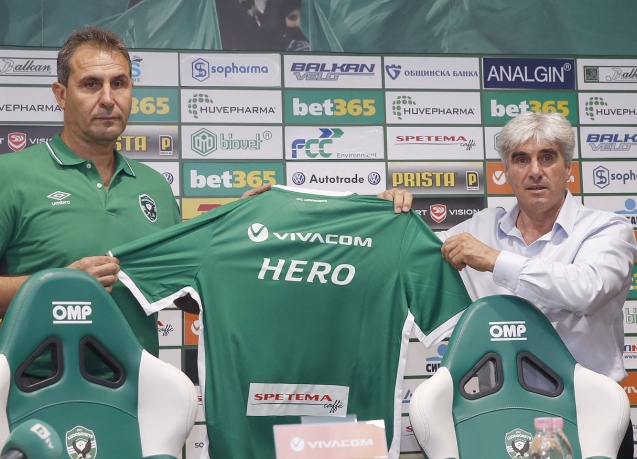 Ludogorets presented Dimitar Dimitrov as their new Head coach. This happened during a special press conference in Razgrad. Dimitrov (nicknamed Hero) said that the goal is to win the Bulgarian championship title and to participate in the group phase of Europa League.

“I was very satisfied when I signed the contract with Ludogorets. We all know the level the club has reached. The goals ahead are to win the championship title and to take part in the group phase of Europa League. The team needs some new additions in order to be refreshed. We will search for new players soon. Suduva does not worry me. I believe that we will perform on the expected high level and will reach those goals. Under my guidance, Ludogorets will have a more attacking manner. I prefer this type of performance, and this is why I have sympathy for Barcelona”, said Hero.