Ludogorets will open sector “V” for the game against Vereya

PFC Ludogorets is glad to announce to all the fans that they have received permission for use of the new “V” sector from the Government acceptance... 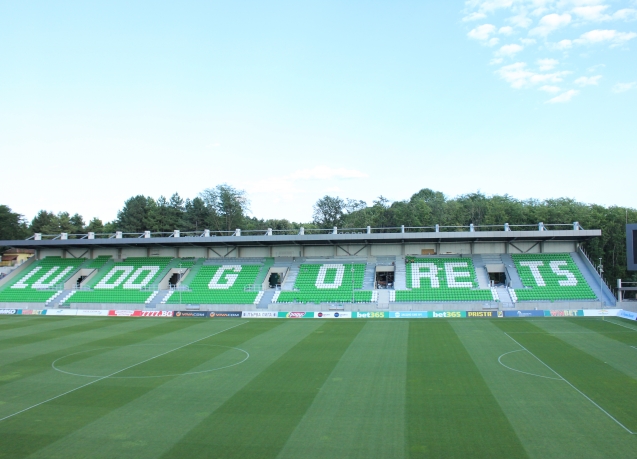 PFC Ludogorets is glad to announce to all the fans that they have received permission for use of the new “V” sector from the Government acceptance committee. This way the club can keep up their promise – the fans will be able to watch the first game from the entry play-offs for Europa League from the new facility.

The permission gives the opportunity to open the grandstand for the game against Vereya. All cardholders, who have prepaid their season subscription, can enjoy their seats on the grandstand, because they believed that the facility will be completed - as promised. For everyone else the tickets will be available on the cash desks at the club base and those at the stadium. Especially for the new sector, there will be a temporary cash desk, situated at the upper end of the facility. We remind everyone that there are tourniquets installed and we kindly ask everyone to follow the stewards’ instruction to avoid crowding on the entrances. The stadium will be open at 7:30PM.

As you already know, sector “V” has approximately 3 500 seats, most of which are covered by an apron. All of the Ludogorets fans will enjoy on the same kind of seats like those on the Moti grandstand. The spectators will have catering zones and modern toilets on their disposal. The grandstand has an underground parking and a VIP zone, which will host the official guests until the modernization of sector “A” continues.

The official opening of the new grandstand will be right before the first play-off for Europa League against Suduva (Lithuania) on Thursday.