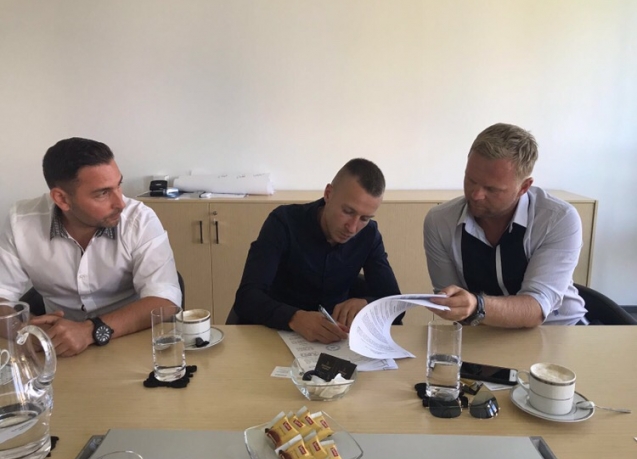 The Polish national football team player Jacek Goralski joined Ludogorets. The defensive midfielder, whose last team was Jagiellonia, signed his three-year contract with the six times Bulgarian champion after successfully passing through all medical examinations. Goralski is about to be introduced to the fans before the rematch against Hapoel Beer Sheva on Wednesday, which is a part of the third qualification round of the Champions League. The midfielder will wear number 44 as part of Ludogorets.

During the last two seasons, Goralski has played in 57 games in Jagiellonia’s team and scored three goals. The midfielder has spent four years playing for Wisla (Plock) – between 2011 and 2015, where Jacek has 107 games and 5 goals on his account.