Ludogorets lost for the first time in the pre-season games in Austria to DInamo (Moscow) with a 1:3 score. Joao Paulo scored the first goal in the... 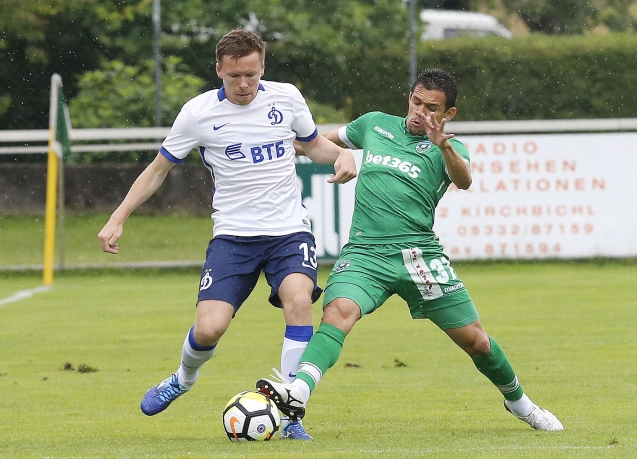 Ludogorets lost for the first time in the pre-season games in Austria to DInamo (Moscow) with a 1:3 score. Joao Paulo scored the first goal in the 25th minute, but in the end of the first half Wanderson made the score even. The champions let another two goals in their gate after the half time – one by Beciraj and one by Zotov.

The first situation in front of Ludogorets’ gate happened four minutes after the start. Quixada let the Russians take the ball away from him right in front of the penalty zone. After this Wanderson shot dangerously, but Renan saved. In the 18th minute Ludogorets had an excellent opportunity to score after their first attack in the game. Campanharo passed ahead to Joao Paulo. The attacker shot towards Keseru, who tried to score with a split, but was not accurate enough and Shunin saved. Seconds later Panchenko shot into an out. In the 25th minute Misidjan passed ahead to Joao Paulo, who found himself straight against Shunin, and the Brasilian managed to overthrow the defenders, thus scoring the first goal for Ludogorets. Seven minutes later Keseru almost scored after a powerful shot, but the ball went out. In the 41st minute Dinamo made the score even. After a pass from the right on of Dinamo’s players hit the ball with his head, after which a ricochet from Lukas Sasha’s body followed, which was in assistance to Wanderson, who had no trouble scoring a goal from a 5-6 meters of distance.

Three minutes after the beginning of the second part, Dinamo turned the tables on the game. After a pass from the right, Beciraj hit the woodwork, the ball returned to him, and then he managed to score with his head for 2:1. In the 54th minute Yonov broke through on the left and sent the ball low on the ground towards the center. Kerchev tried to intervene, but chose the least accurate way and accidentaly passed to Zotov, who made the score 3:1 for Dinamo. Two dangerous attacks from the Russians followed, but Renan saved both of them.  The referee spared a red card for Kerchev in the 70th minute, for pulling with his hands Beciraj, who was alone against the gatekeeper. However, Kerchev did receive a yellow one. In the 79th minute Ludogorets had a chance to catch up, but Keseru missed while being alone against the gatekeeper. Exactly two minutes later Keseru did score after all, but the goal was not legitimate due to a very controversial offside situation.

Both teams had a few chances to score by the end, but Keseru missed from a good position, and Renan saved another dangerous shot toward his gate. 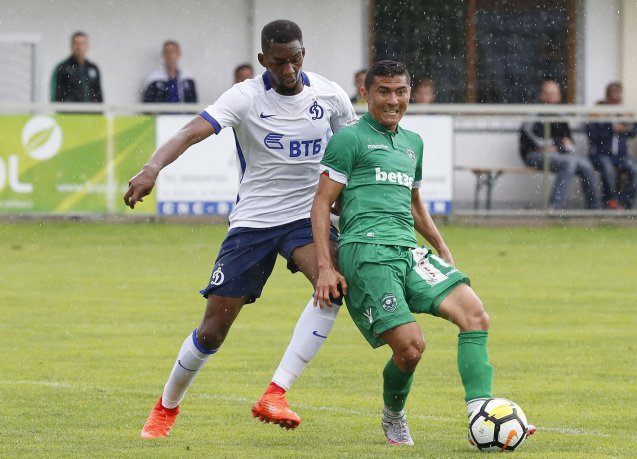