Angel Petrichev: I believe that we will host Champions League games in Razgrad 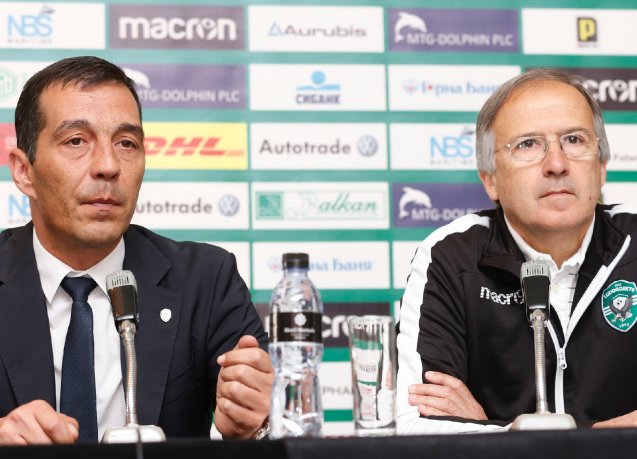 The executive director of Ludogorets, Angel Petrichev, revealed details about the ongoing construction of the new V sector of Ludogorets Arena in Razgrad and the possibility of hosting games from the Champions League.

“We have a lot to do and we also need miracles, but I am confident that our partner companies, with whom we have worked for many years now, will make it this time, too. We keep our fingers crossed and wish luck to the constructors. Hopefully there are only dry days ahead”, said Petrichev.

As previously said, UEFA inspected the facility and their statement was that if the new grandstand is completed by 15th of July, Ludogorets would be able to host games from the Champions League groups and possibly from Europa League.

“At the moment we all depend on the constructors. The day before yesterday Georgi Domuschiev was here and we had a meeting with the head contractors and their partners and suppliers. We made a plan and the goal is to meet all deadlines. The UEFA committee inspected the whole stadium very carefully and checked almost everywhere. They were satisfied with what they saw, as well as with the concept itself. They also agreed that we could host a game of the Champions League. If we make it to July 15th, then we would not have any problems to play in group phase of all the European club tournaments”, Petrichev added.

“The new grandstand – the V-sector, will be a state of the art facility with all the necessary features to match the criteria. UEFA would have to make a compromise with a very few things. The UEFA representative is familiar with our work, because he was a delegate against FC Viktoria Pilsen”, said Petrichev. He added that the club has already signed a new contract with Spetema and the company logo will be on the back of the players’ T-shirts instead of their shorts.