Ludogorets is the proud holder of its sixth champions’ cup after 1:1 game with CSKA-Sofia

Ludgorets received the champions’ cup after achieving an even score of 1:1 against CSKA-Sofia. The title is the sixth consecutive one for “The... 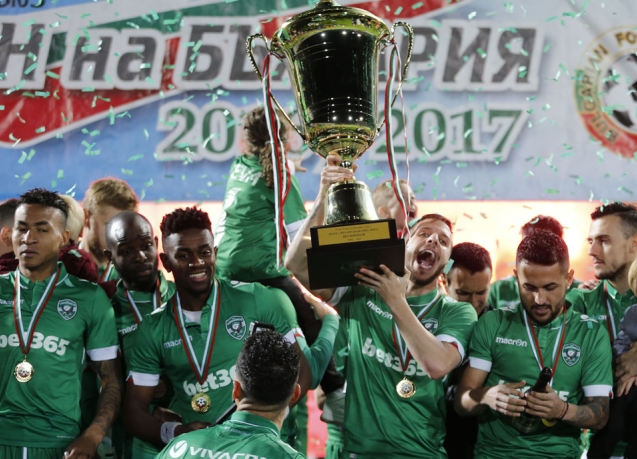 Ludgorets received the champions’ cup after achieving an even score of 1:1 against CSKA-Sofia. The title is the sixth consecutive one for “The Eagles”. The management and the players were ecstatic and celebrated in the middle of the full with spectators “Ludogorets Arena” stadium. The Bulgarian Minister of Youth and Sports Mr. Krasen Kralev personally presented the team members with the gold medals.

The first significantly dangerous situation in the game was in front of the gate of “The Red Team”. In the 12th minute Keseru shot from the foul point, but the ball went flying pass the upper left angle of the gate. CSKA-Sofia responded with a shot by Gustavo Culma in the 14th minute, which was kicked-off into a corner by Renan.

In the 20th minute Despodov shot dangerously from the foul point, but it also went above the upper beam of the gate.

After that situation the game had its ups and down, and there were no goal situations. However, in the 41st minute Ludogorets scored after a big mistake made by CSKA-Sofia’s defense. Chorbadzhiyski passed inaccurately to Kitanov and he was unable to kick the ball towards the center properly. Dyakov then got the control over the ball and shot without any hesitation and with a gorgeous parabolic kick from more than 40 meters he scored, thus making the score 1:0.

Moments before that the referee Angel Angelov saved Petrus Bumal from receiving a yellow card for his rude foul play against Wanderson, because that would have been the eight official warning for the midfielder and he would have to skip the next two games of his team due to the penalty. Stamen Belchev realized that and replaced him during the half-time with Kristiyan Malinov.

Just three minutes later CSKA-Sofia managed to even the score. Despodov broke through from the left and shot, the ball made a ricochet in one of the hosts’ defenders and went in Caranga’s possession, who scored in the empty gate, making the score 1:1.

In the 67th minute Ludogorets had the chance to take the lead, but Jonathan Cafu, who has been hesitant since the start of the season, missed big after he did not hit the gate from a close distance of about 7-8 meters.

Ten minutes later Caranga had a good opportunity to score a second goal, but the head shot he made was sent beyond the outline.

Until the end of the game Ludogorets had the ball in its possession most of the time, but scarcely intimidated the competitor’s gate, thus leaving CSKA-Sofia to fairly earn a point from this game – they were equal to the hosts. 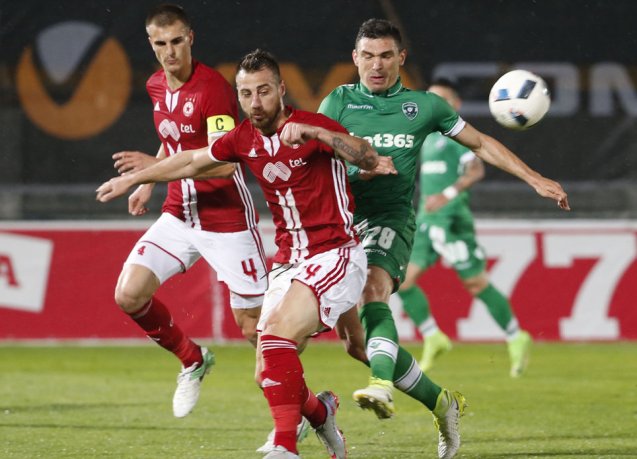