Ludogorets U17 defeated Botev 2002 in a typical champion style with a 0:5 in Plovdiv

Ludogorets U17 keeps up the champion pace despite the fact that they already won the title in the previous 27th round of the Elite youth group up to... 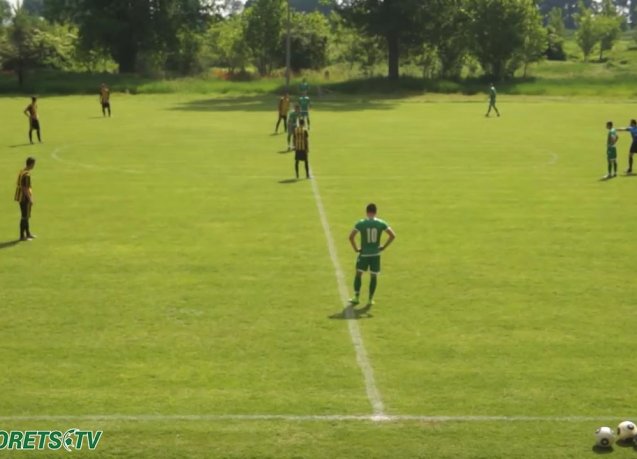 Ludogorets U17 keeps up the champion pace despite the fact that they already won the title in the previous 27th round of the Elite youth group up to 17 years of age. In a game of the 28th round Radoslav Komitov’s players took the win over Botev 2002 in Plovdiv with an impressive 0:5.

“The Eagles” initiated the game with high motivation and good mood, kept the competitor suppressed all the time and pulled off one attack after another. After a few very near misses, Mitkov scored first in the 29th minute. Three minutes later Hyuseinov added the second goal and soon after that the half-time came.

During the second half Komitov made four changes and that slightly interfered with the rhythm of the team, although their class remained on a very high level, which led to another three goals in Botev 2002’s net. The goals were scored by Yankov in the 60th minute, Hyseinov again in the 71st and Markov in the 75th minute.

“I am quite pleased with the team’s performance in the first half. Things worked out just the way I would like to. I have a few remarks to make about the second half, despite the three goals”, said Komitov. He stated that in the remaining two rounds of the championship his players will continue to play with motivation and focus, despite the fact that they already are the champions.