Ludogorets will continue the preparation in Antalya. 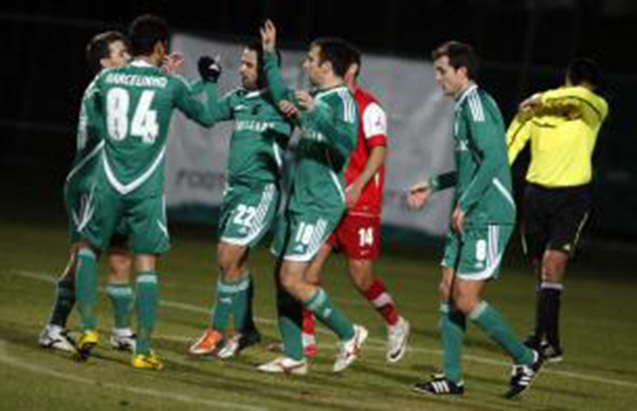 Ludogorets will continue the preparation in Antalya. According to plan, Ivaylo Petev’s boys were supposed to come back to Bulgaria on February 14th, however, because of the bad weather in Bulgaria training process will continue at the Turkish resort, where conditions are perfect in every aspect. Tuesday and Wednesday the players will get a break, and training process should restart from Thursday.
Meanwhile the friendly match with CFR Cluj, planned for Monday, is off. The reason is the Romanian team renounced in the last moment. Lawyers of Ludogorets are currently preparing an appeal agains the opponent with whom there is an agreement made, and like every European team, “the eagles” stand upon its observance.
Currently, there are negotiatons going on in order to be scheduled a new opponent to play against Ludogorets in a friendly on February 13th.
Meanwhile a contested football match between the Ludogorets management and the sport journalists took place today, with final result 6:5 for “the eagles”. The winning goal was a penalty shot scored by the owner of the club Mr. Kiril Domuschiev. His brother Georgi and him were the main weapons in Ludogorets’s team. Mr. Kiril Domuschiev demonstrated remarkable skills with a couple of strong shots, while Georgi showed that he was still familiar with the football technics.
At the goal an excellent reflex was demonstrated by the boss of MTG Dolphin – Svetlin Stoyanov.