Ludogorets won 3:1 against Levski as a visiting team

Ludogorets defeated Levski in Sofia with a 3:1 score. The champions took advantage of the individual mistakes of “The Blue Team” and scored a whole... 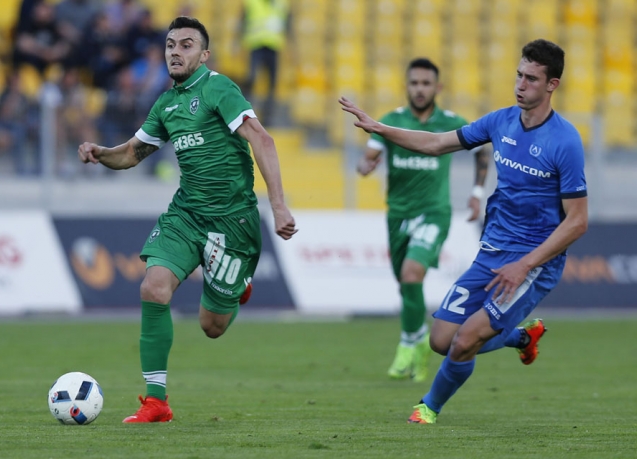 Ludogorets defeated Levski in Sofia with a 3:1 score. The champions took advantage of the individual mistakes of “The Blue Team” and scored a whole three times.

The two teams performed very well and there were constant goal situations in front of the two gates. In the 16th minute Francis Narh from Levski had a great opportunity to score. The Nigerian player received the ball from the left side and shot, but the ball went out after hitting the right beam of the gate. Ludogorets responded to the situation when in the 20th minute Gustavo Campanharo was able to break ahead and shot with his left foot, but the ball went near the side pole. Soon after that “The Eagles” scored. Pirgov made a mistake in his side of the field, Marcelinho obtained the ball, went ahead and shot from the penalty zone border, sending the ball in front of the gatekeeper Nikolai Krastev, where it touched the ground and due to his incorrect reaction ended up in the net, making the score 0:1.

A minute later, even before “The Blue Team” could comprehend the first goal, they received a second. During an attack from Cafu, two defenders from Levski were not well orientated, thus letting the ball ricochet from Anton Ognyanov’s back, and Wanderson found it easy to score with a powerful shot from nearby. The hosts gathered some strength and tried to react. In the 25th minute Bozhidar Kraev went full steam ahead, outplaying a few defenders and the gatekeeper, but lost his balance in the last moment and could not score in the empty gate. In the 31st minute David Yablonski was cheered by his teammates for scoring the first goal for Levski. Ognyanov shot towards the center, Renan and Natanael could not reach the ball, but the Czech player was accurate, scoring with his head. Moments after that “The Eagles”’ goal-master Claudiu Keseru found himself in a totally open position and shot from a distance of 7-8 meters, but Nikolai Krastev showed great reflexes and kicked the ball off into the corner.

Levski was close to even the score when Anton Ognyanov entered the penalty zone, but he kicked the ball with his right foot, which is not the better one, and he shot right into the gatekeeper Renan, who kicked it out. In the 42nd minute Wanderson passed the ball parallel to the goal line to Cafu, who shot from a close distance, but the ball went over the gate. In the last seconds the Brazilian attacker got injured after Sasho Aleksandrov kicked him without intending to, and the referee announced the end of the first half without noting that the game had been stopped for more than two minutes.

The second half was as intensive as the first and goal situations continued to occur one after another. In the first minutes Cafu, who continued to play with a bandaged head, had two nice opportunities, but decided to show a bit more skill and was wrong to do so. In the 56th minute Naydenov from Levski made a nice breach ahead and shot with his left foot, but Renan reached enough to the side and with a lot of effort pushed the ball out into the corner. In the 61st minute Adeniji shot nicely and the ball touched the higher beam of the gate. After executing the corner, Kraev’s shot was blocked by Renan, the ball hit the gate beam, Yablonski tried to score, but his effort was stopped by Plastun. In the 69th minute Kraev made a mistake, Wanderson went ahead and with a strong kick scored his second goal, thus making the score 1:3. In the 84th minute Levski’s replacement player Iliya Yurukov shot dangerously, the ball made a ricochet into Plastun, but Renan immediately reacted and pushed it into the corner. 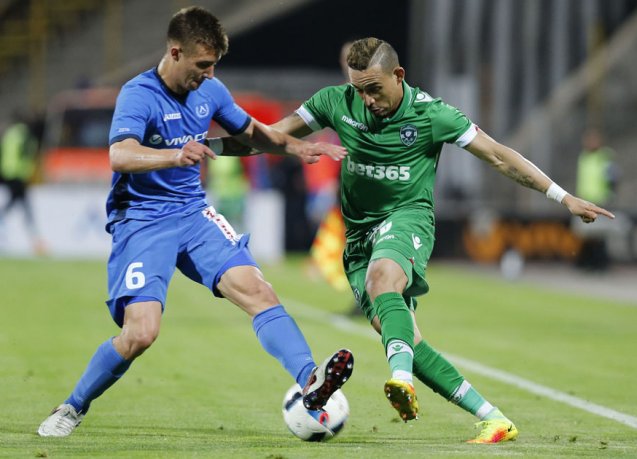