Ludogorets will once again be present in the Champions’ League! The youth U18 team claimed the right to play in the qualifying games of the youth... 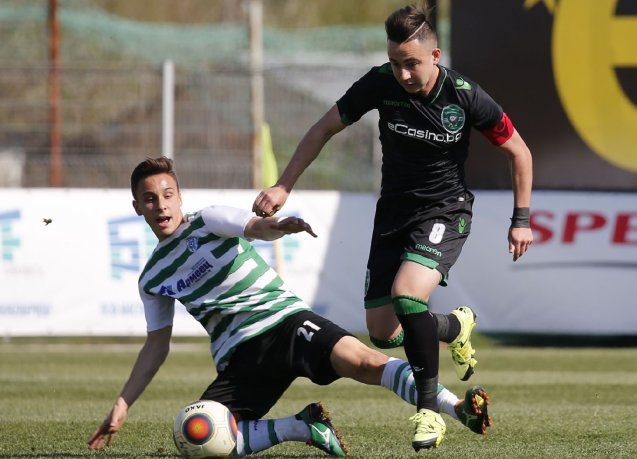 Ludogorets will once again be present in the Champions’ League! The youth U18 team claimed the right to play in the qualifying games of the youth version of the biggest club tournament in the world after winning the BFU Cup. Yuri Vasev’s boys took the win over Cherno More in the final game at “Trace Arena” stadium in Stara Zagora. The talented players of the Ludogorets Academy were dominating every second of the game and left no doubt about who the better team was.

The pressure from the game’s importance took its tall and in the first few minutes after a corner shot Cherno More opened the score. This actually motivated Vasev’s players instead of making them desperate and they became dominant of the game. In the 14th minute Dominik Yankov made the score even after a skillful ball play in the other team’s penalty zone.

During the second half Ludogorets increased the tempo even more and the results came immediately. In the 53th minute Toni Ivanov was stopped with a foul in the penalty point and afterwards Tsvetoslav Petrov scored from the penalty point, thus making the score 2:1. Toni Ivanov made it through a few defenders and shot towards the gate. His first attempt was blocked, but the second one was successful and the result became 3:1.

After the referee announced the end of the game, Yuri Vasev’s players realized their triumph with the gold medals and the BFU Cup, which is the first of its kind in the showcase of the Ludogorets Academy.