#Morethanfootball Action Week increases the awareness about the social role of football and the influence of investing in football clubs on the... 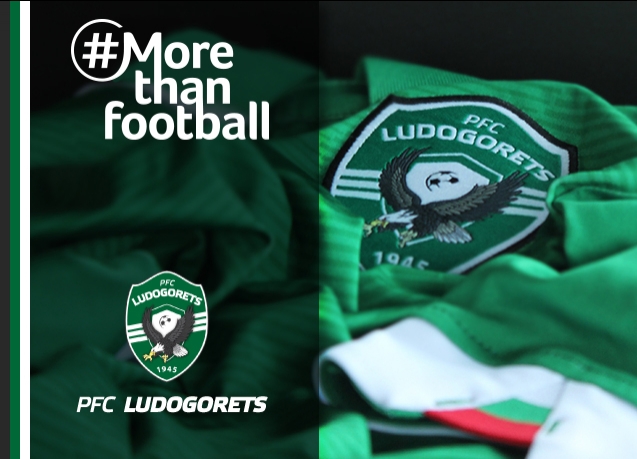 #Morethanfootball Action Week increases the awareness about the social role of football and the influence of investing in football clubs on the community, as well as on the socially responsible activities.

One of the main values of our club is supporting young people in their desire for development in sports with a lot of perspectives and a better quality of life.

We offer an emotional experience to all, we invest in professional development which is accessible to a wide range of young people all over the country, and the best possible conditions for this are provided by us.

The children and youth academy at PFC Ludogorets will have a brand new sports facility at their disposal. It will continue to gather children from the whole country with talent and desire, regardless of their social status, and they will have the chance to receive professional training.

The new football academy facility at PFC Ludogorets includes four fields with natural grass covering and one with artificial covering. All five of them are equipped with illumination and drainage. A training field for the goalkeepers has been separately built, as well as a tennis court, brand new administrative building with modern locker rooms, a recreational center, a conference hall and private offices for the academy coaches, The facility has a total amount of 500 seats for spectators and one of the fields will be used for official games of the youth teams.

The events following the grand opening of the new facility will continue for almost a week, and their reach will extend to the whole community in the region, as well as to professional and non-professional children and youth clubs on an international scale. The events will include and merge football activities, encouraging and teaching children to communicate between themselves in different languages and to introduce them to the historical and cultural heritage of the region which is home to PFC Ludogorets.

Participants will be children born in 2002 from the following teams:
“Crvena zvezda” - Serbia, “Krasnodar” - Russia, “Steaua” - Romania, and the Bulgarian teams “Botev” (Plovdiv), “Levski” (Sofia) and, of course, “Ludogorets” (Razgrad).

3-5 April – Tournament games, played in order after a draw.

The teams can use the free time between games and take part in meetings which intend to bond them together, to exchange and learn something new about the different countries and cultures, as well as to be introduced to the historic heritage of the region in an interactive way.

6th of April – The final game of the tournament.

Official opening of the new children and youth football academy at PFC Ludogorets.
A charitable game will be played between a team including stars from PFC Ludogorets and one of the main team sponsors.
Unlimited access to the facility will be provided during the whole day for everyone who would like to see in detail the new club base where children from all over the country will have the chance to receive the best training.