Ivan Stoyanov: Comparing us with “Mini Barça” is motivating and imposing obligation upon us

Ivan Stoyanov is 28 years old. Forward of Ludogorets, scorer of 3 goals in official matches of “the eagles”. 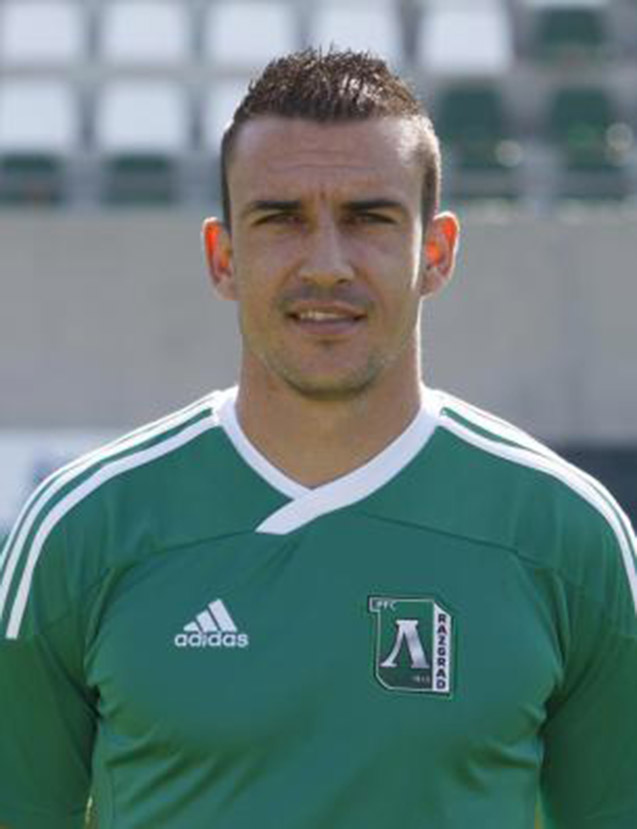 Ivan Stoyanov is 28 years old. Forward of Ludogorets, scorer of 3 goals in official matches of “the eagles”.Ivan Stoyanov is the star of Sliven 2000, with 75 matches played and 41 goals scored. He played also in the German team Stuttgart, in CSKA, as well as in Alania /Vladikavkaz/.

- How do you feel as a player of Ludogorets?
- We’re doing well in the championship. Team is coming from Second division and becoming a leader is a big success. It’s great not only for the team, but for the town as well.
We’re a very good group. We get along both on and off the field.
- Are you satisfied with the working conditions?
- Our training center is still under construction. It will be the most modern training center in Bulgaria. We dispose with an excellent field at the stadium – a kind that few teams in Bulgaria are happy to have. Getting the training center going, and having this kind of playing and the boys gathered, a logical result should be keeping the first place.
- Ludogorets has been praised for its beautiful style of playing. How do you achieve it?
- I really haven’t seen a team in Bulgaria playing like us – long, but scoring as well. Spectators described us as a “Mini Barcelona”. It’s stimulating us and making us feel like it’s our duty to get even better.
- What are your ambitions?
- It would be a deserved and logical result if we get to participate in the Europa League and Champions league groups.
- How do you get along with the coach, with the boys?
- Ivaylo Petev is a young, ambitious specialist with big future. He manages to prepare us and motivate us to play like this. Important thing is we get along and we think as one.
- A couple of times Ludogorets turned the match around, scoring minutes before the end and you had considerable contribution for it. Is this a strategy?
- Good football player needs resilience and toughness, to play for the game itself. We’re gathered here to defend the Ludogorets emblem and I think we’re doing it well.
- How do you live in Razgrad?
- Razgrad is a small town, yet, offering good living conditions.
I’ve been in a 400 000 people city in Russia, but it looked like a big village. I’m happy to be back in Bulgaria, happy to have my family here.