Stanislav Genchev: “In Ludogorets it’s all taken care of, all we think about is football”

Stanislav Genchev is 30 years old. The midfielder is one of the motive forces on the field, being constant part of the starting eleven. 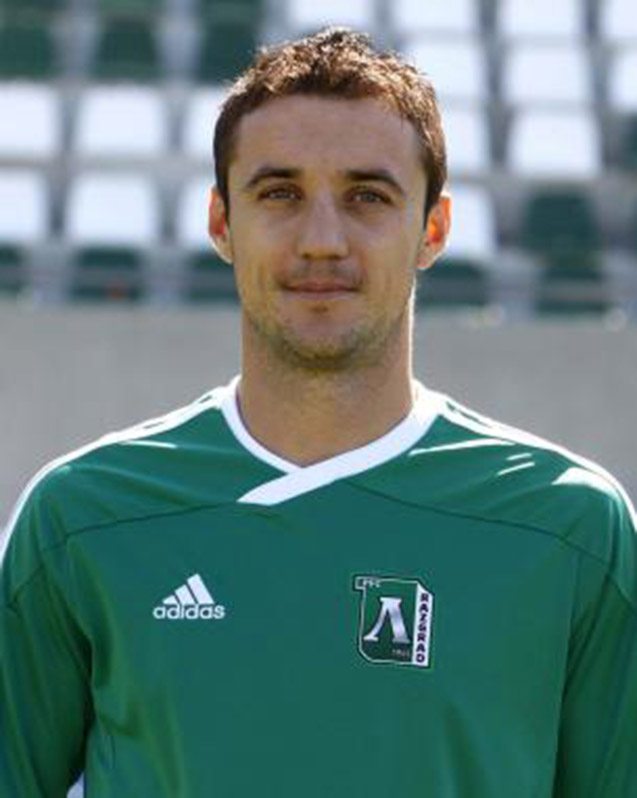 Stanislav Genchev is 30 years old. The midfielder is one of the motive forces on the field, being constant part of the starting eleven. Scorer of 5 goals in official matches of Ludogorets. Former player of Levski, Varna clubs Spartak and Cherno more, and the Romanian Vaslui.Champion of Bulgaria with the Levski squad, and holder of the Bulgarian Cup. He has matches for the UEFA Cup in his history, as a part of Litex. - You have been a player of many clubs here and abroad. What is the difference between Ludogorets and the others?
- It’s the club where I have no worries at all. In Ludogorets it’s all very well organized and we think only about football.
- The players make a good team. How did you achieve this in such a short term?
- We’re all good players gathered, and football language is the same for all. Most of the players have experience in elite clubs such as Litex, Levski and CSKA. The important thing is we managed to make an united group. It’s the main reason for our prosperity.
- What are your expectations for the spring half season?
- I hope that we’ll keep our position. The rest of the teams in the championship are not better than us. Our basic goal is to play beautiful football and make our fans happy.
- What’s to come during the winter break?
- We’ll be having a serious preparation. Ludogorets is a serious project. In one year, the team will be a lot more experienced, a lot better. We’ll have the strength to confront the good European teams.
- How are you feeling in such a small town as Razgrad?
- I’m feeling fine, because I came back to Bulgaria from abroad. I’m close to my family in Tarnovo. I get to see my wife and children more often.