Ludogorets U 17 with a six consecutive wins

Ludogorets U17 won a very important game against Slavia. The boys from Razgrad showed excellent game, fine passes and intensity. The match was very... 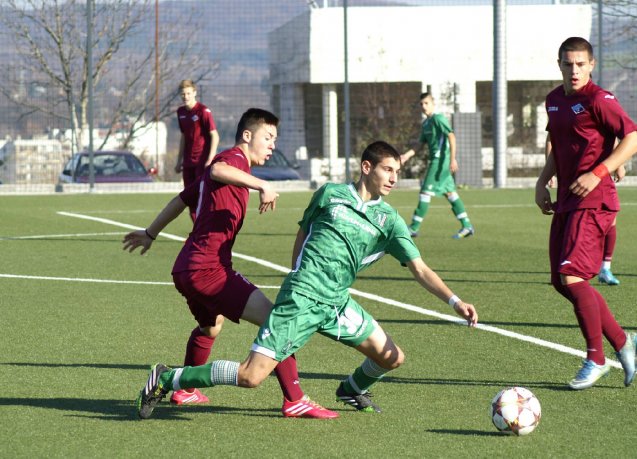 Ludogorets U17 won a very important game against Slavia. The boys from Razgrad showed excellent game, fine passes and intensity. The match was very thrilling as the end result was 4:3.
The first goal came in the 14 min. It was scored by Tsvetoslav Petrov. Ludogorets was leading in the result.  However till the end of the halftime Slavia manage to turn things over as the result was 2-1.

The beginning of the second half started very intensively. Nothing could stop the team from Razgrad. Ege Revat scored the next two goals at 55 and 60 minute. Toni Ivanov put the match to bed after scoring the 4 goal for Ludogorets. The game could end with a result 2-4 but at the overtime Slavia manage to score another goal. This was very important and prestigious win for Ludogorets U17.

At the end of the game the head coach Yri Vasilev commented that his players showed brilliance, intensity and class on the pitch.