Ludogorets is reaching the title in the youth group under 21. On Wednesday Veselin Branimirov and Todor Jivodov’s boys won at the derby against their... 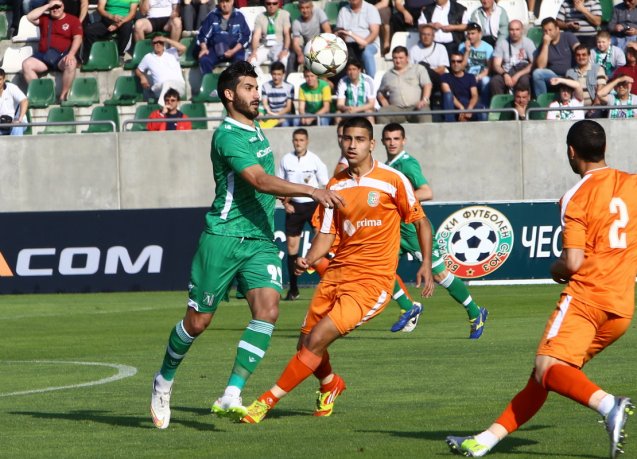 Ludogorets is reaching the title in the youth group under 21. On Wednesday Veselin Branimirov and Todor Jivodov’s boys won at the derby against their direct competitor for the golden medals Litex with 2:1 and round before the end they lead with two points at the top. At their last match of the season the “eagles” need only one point at their visit to Beroe to become champions.

Record-breaking for game in youth group 2000 viewers had been at “Ludogorets Arena” to see the success of their favorites. The talents of the club's football academy, supported by a few people from the first team, had a total superiority throughout the match. Many gaps in front of Evgeni Alexandrov however brought Ludogorets minimal victory.

At 0:0 in the first half Hristo Zlatinski hit the crossbar. There were gaps of Younes Hamza and Alexander Vasilev to come 33th minute when the score was opened. After a corner kick and mixing in Litex’s penalty area the ball reached Preslav Petrov, who headed it into the net.

In the second half Wanderson leveled the score, which practically decided the match. The Brazilian was left alone against the goalkeeper and made no mistake.

Litex came back into the match in the 68th minute when a collective mistake of the defense of Ludogorets allowed Georgi Minchev to reduce the score.

By the end, however, the "eagles" didn’t allow more risks in front of their door, but they also failed to score a third goal.

The most glaring omission was made by entered as a substitute Oleg Dimitrov, who failed to score after being left alone in front of the goalkeeper.