Players of Razgrad first in everything

The leader of APFG, Ludogorets, has quickly turned out to be a hit in the Bulgarian championship. 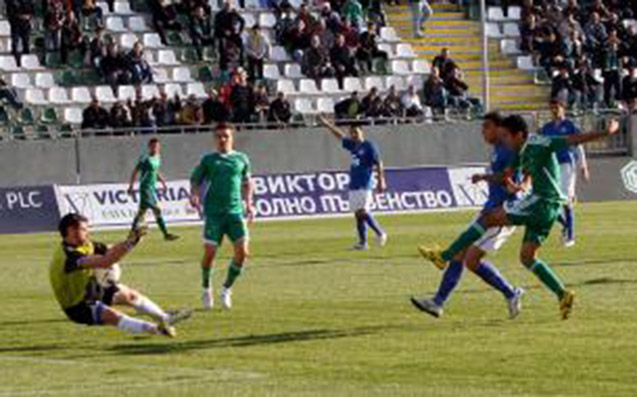 The leader of APFG, Ludogorets, has quickly turned out to be a hit in the Bulgarian championship. New to the elite group, the team has quickly climbed to the top of the ranklist, as well as in different team and individual rankings.
Currently, Ludogorets is sharing first place with CSKA, both of the teams having 28 points each, though the players of Razgrad are leading in some other aspects.
Kiril Domuschiev’s team has the strongest offensive line in the entire First Division, having 25 goals scored, mainly due to two of the team’s stars – Emil Gargorov and Marcelinho. Together, they have a total of 11 successful shots, or approximately 50% of all the goals scored by the players of Razgrad.
Ivaylo Petev’s boys are scoring each 40 minutes, next in this ranking being Litex, scoring each 43.04 minutes.
Furthermore, it’s the team with best defense, having let only 5 goals. Same number for CSKA and Chernomorets, yet Ludogorets has the most recently formed defense among these teams, consisting of three foreigners and one Bulgarian. Regardless, the Brazilian Choco, the French Barthe, the Slovak Guldan, and Yordan Minev have quickly found a way to collaborate and are currently driving the enemy forwards to complete despair.
The players of Razgrad have the highest number of assistances in the entire APFG – 20, with 3 ahead of the pursuers CSKA, 5 more than Litex, and even 8 more than Lokomotiv Sofia. In addition, the team leads by number of corner kicks, having 73 taken. Levski and CSKA, on the other hand, have 70 each. Ludogorets is also the most efficient team, having 2383 points – 50 more than CSKA, Marcelinho on the other hand being the most efficient football player in First Division.