Ludogorets changed the pitch to "Huvepharma Arena" for two days

"Huvepharma Arena" again has a field that meets the highest European standards. For the record two days, in excellent synchronization between the... 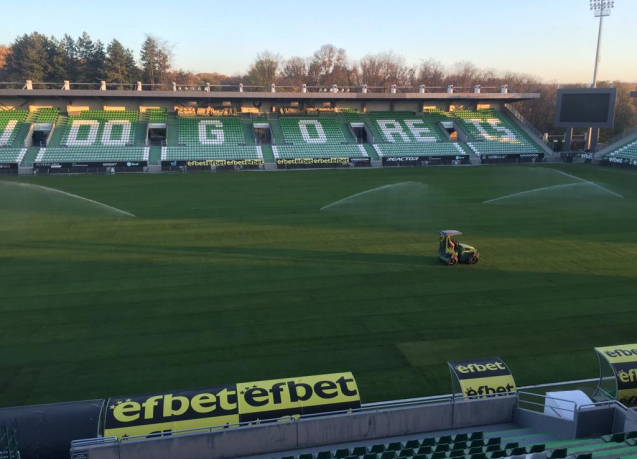 "Huvepharma Arena" again has a field that meets the highest European standards. For the record two days, in excellent synchronization between the Dutch company "Hendriks Graszoden" and PFC Ludogorets, the old grass cover was removed and replaced with a new one. The grass, which has been grown for more than a year and a half, was delivered to Razgrad in 30 tons. Ludogorets settled on the Dutch company after serious research. Hendriks has proven its high standard of work after renovating the grounds of some of the most famous clubs in the Netherlands, Germany, France, Italy, Spain. The company has its own know-how for emergency pitch replacement. The unique thing is that the technology in question allows the pitch to be playable immediately after the cleats are laid. In this regard, the management of PFC Ludogorets was confident that the next match against CSKA 1948 will be played at "Huvepharma Arena" under excellent conditions.

The urgent replacement of the grass cover came about after the field suddenly become ill in the middle of August. The Ludogorets team made tremendous efforts to restore it, but its quality and aesthetic appearance did not reach the standard set by the club. In this regard, the owners invested in the construction of the new grass cover in order to ensure the best playing conditions and protect the health of the players.