Important information for fans who will watch Roma - Ludogorets live

PFC Ludogorets informs fans who will watch the match against Roma at the Olimpico on Thursday (November, 3rd) at 21:00 local time that the hosts and... 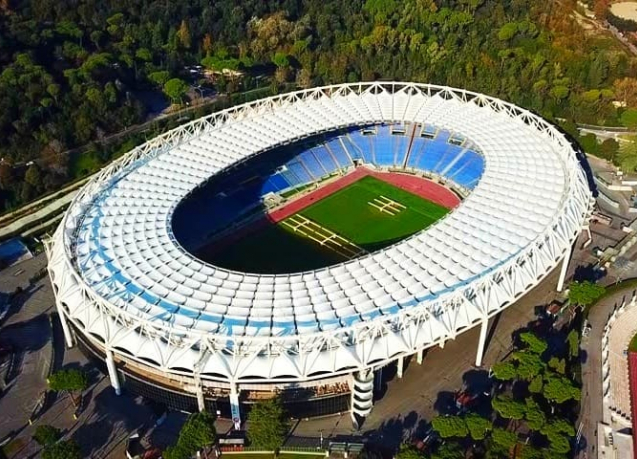 PFC Ludogorets informs fans who will watch the match against Roma at the Olimpico on Thursday (November, 3rd) at 21:00 local time that the hosts and the police in the city are setting up a special arrangement to get to the stadium. Supporters holding tickets for the Olimpico North Stand (Distinti Nord Ovest) should assemble at Piazzale delle Canestre (00197 Roma RM, Italy) from where shuttles will be taken to the stadium. The first ones leave at 5:00 pm, and the shuttle from Piazzale delle Canestre to Olimpico takes 30 minutes. The stadium opens doors at 6:00 pm. After the match, fans must wait in the stands for some time, so they will be returned to Piazzale delle Canestre via the same shuttles.

Monte Mario Top Nord first class ticket holders will enter through turnstiles 2-13 in the central stand and there is no organized transport to the stadium for them.

PFC Ludogorets advises its supporters with tickets for the North Stand (Distinti Nord Ovest) to proceed to the Piazzale delle Canestre as early as possible and strictly follow the instructions of the stewards and the police. For the convenience of the fans, a person from PFC Ludogorets will be present when the shuttles depart for Olimpico and will provide assistance if necessary.
For questions and assistance only on the day of the match after 4:00 pm - phone +359899515593

It is important to know that upon arrival at Olimpico, every fan must carry a passport or ID card. The identity document, as well as the ticket, will be checked by stewards at a special checkpoint. If the names do not match, access to the stadium will be denied. A fan without ID will not be allowed into the stands. Upon entering the stadium from Gates 50, 51 and 52 in the North Stand, all fans and their luggage will be thoroughly checked.

It is absolutely forbidden to bring stones, knives, scissors, lasers and any objects that can cause damage or be thrown onto the pitch to Olimpico.

Any form of discrimination, racism or other intolerance in songs or writings is prohibited.

It is absolutely forbidden to block roadways.