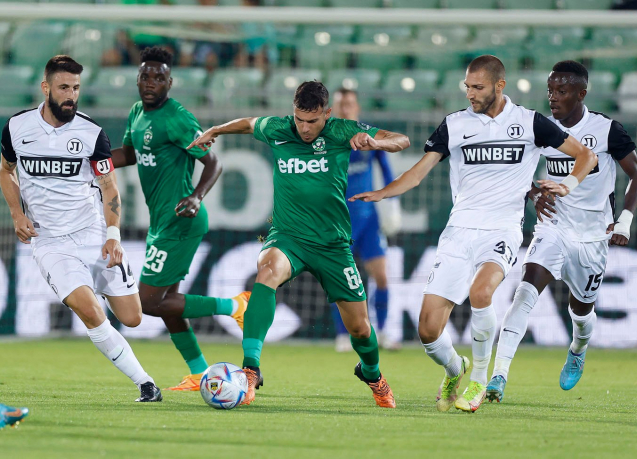 Ludogorets maintained a perfect score balance since the start of the season. With four wins in four matches in Bulgaria and Europe, the Eagles are doing more than great. The last win was against Lokomotiv (Plovdiv) in Razgrad (2:0).

The coach Ante Simundza counted mostly on replacement players. The champions were more active from the start but did not create any goal situations in the first 20 minutes. Verdon created the first one in the 25th minute. Gropper tried to surprise Pirgov later from the foul point, but the gatekeeper managed to prevent the situation.

Lokomotiv created a goal situation at the end of the first part when Iliev sent the ball above Ludogorets’ crossbar. The champions picked up the pace in the second half and Tekpetey scored a goal in the 50th minute. Tissera tried to add another goal seconds later but missed his chance. He did the same in the 60th minute. Seconds later, Show passed the ball to Verdon, but the latter missed his opportunity to score.

The guest team almost scored in the 78th minute when Dimitrov hit the woodwork. Cicinho kicked the ball out and prevented a possible goal. Borukov missed a chance a minute later.

Ludogorets added a second goal in the 87th minute. Cauly scored after he and Sotiriou created an attack. Delev hit the woodwork in the 90th minute, which was the last goal situation in the match.