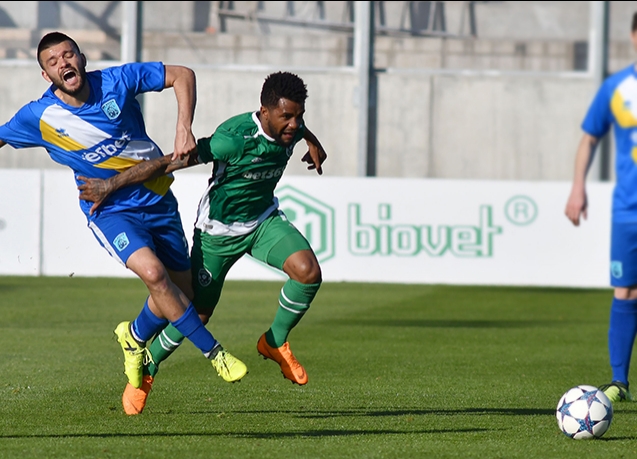 Ludogorets achieved their ninth consecutive win in the Bulgarian First League this season. The champions defeated Vereya with a 5:0 score and they will meet CSKA-Sofia on Friday in a good mood. Keseru and Swierczok both scored twice in this game, and Lukoki added another goal.

Ludogorets had a total domination during the first half, but they were able to score the first goal in the 40th minute. Keseru scored from the penalty point after he got fouled. A couple of minutes later Ludogorets added a second goal when the replacement player Lukoki was accurate enough and found the gate. Lukoki replaced Wanderson, who felt pain in his thigh.

Ludogorets continued to set the game pace after the half time. As soon as the second half started, the referee Draganov neglected a foul against Lukoki which had to result in a penalty shot. However, “The Eagles” continued with their good performance and Keseru scored his second goal in the game in the 72nd minute, making the score 3:0.Swierczok replaced Marcelinho on the field and soon after that he received the ball from Marcelinho and scored.

Swierczok found himself in a perfect position during the added time and scored easily, shaping the final 5:0 score.