Nobody is diagnosed with COVID-19 prior to the... 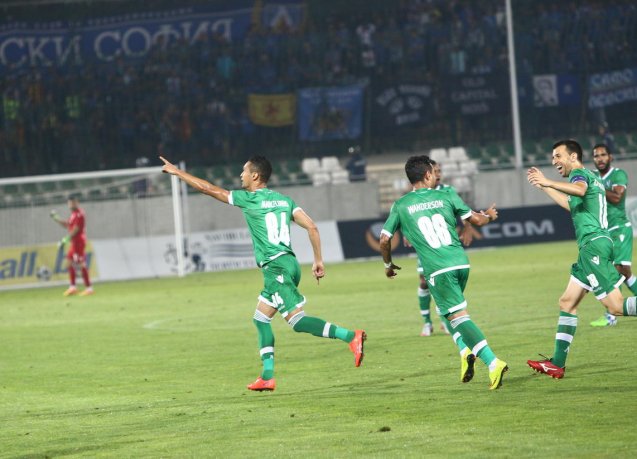 Ludogorets won the derby against Levski 2: 0 in front of 5,000 spectators at "Ludogorets Arena". Goals for the success of the champions were scored by Merselinho and Misidjan after the break when the "blue" were outplayed.

The  "eagles" played with the ball more often during the game, but did nothing interesting in front of Bojan Jorga?evi?. In the sixth minute Marcelinho passed to Chunchukov very well, but at the last moment Belaid intervene with a tackle. In the 14th minute Lucas Sasha shoot straight into the arms of Jorga?evi?. Levski answered with a header from the Austrian Maximilian Karner, which went a meter from the side bar. In these minutes, the referee showed yellow cards to Borislav Tsonev, Georgi Kostadinov, Deyan Ivanov, Denis Mahmudov and Mickey Orachev. The cleanest chance to score in the first half was for the visiting team, which came after an unusual shot from Tsonev. The ball went in off the post, but Vladislav Stoyanov managed to tip with the last efforts in the corner. Before the break judges disallowed a goal of Mahmudov for offside, which was marked long before the shot.

In the second half Ribeiro made a logical substitution and Kishada came in for Chunchukov which reflected very well on the game of the "eagles". In the 49th minute Wanderson centered perfectly, but Misidjan failed to reach the ball. After 61 minutes the home team was awarded a free kick in front of the box. Marcelinho tapped to Wanderson who stopped the ball and the star player of Ludogorets  technically put the ball along the wall to the lower left corner of Jorga?evi?.

The goal made Levski to go forward and let Ludogorets wait for their chance to counterattack. So Lucas Sasha was very close to a second goal after receiving a great pass from Marcelinho but Jorga?evi? showed great reflexes. Shortly thereafter the reserve Quihada get a chance to kill the intrigue, but again the Serbian goalkeeper reflect a shot of the Brazilian. Ten minutes before the end of the match the youngster Ilia Dimitrov came on Mahmudov, but there was no chance to end the match. Levski had no idea how to change the outcome and made several long range shots. Champions inflicted blow in the 86th minute when Virgil Misidjan scored with merciless longshot after pass with Wanderson.