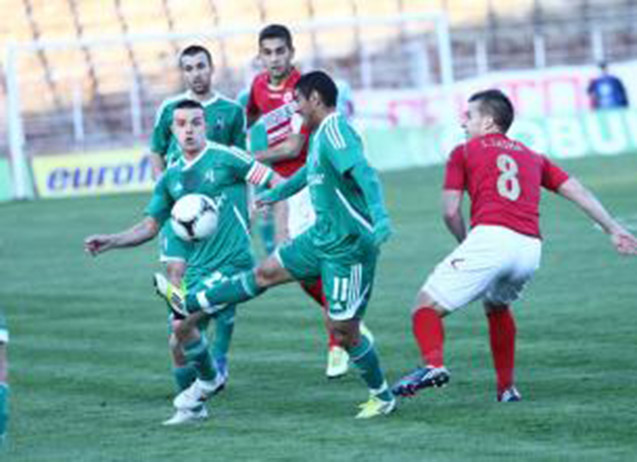 Ludogorets missed CSKA in a tied match in front of 7000 spectators at the Bulgarian army stadium. The derby ended 0-0, so now the champions are once again 2 points ahead of Levski, and 5 ahead of Litex – currently on third place.

During the first half-time the two teams showed equal strength. The Eagles had two opportunities. MihailAlexandrov’s shot whizzed dangerously over the cross bar of Cerny’s goal. Later on, Marcelinho couldn’t catch a side kick from the right into the goal area. The hosts had one opportunity as well, but Varela’s shot whizzed centimeters away from the cross bar.

Nothing changed on the field after the break. The two teams were fighting a tough battle, however, there weren’t any clear goal-scoring opportunities. Ivan Stoyanov and DimoBakalov, who entered as substitutes, could’ve decided the issue of the match. First – a shot by Stoyanov in the 82nd minute hit the goal post. In the very end of the match DimoBakalovwas one defender away from Cerny, but the goalkeeper intervened vigorously and saved that one point in favour of the Reds.