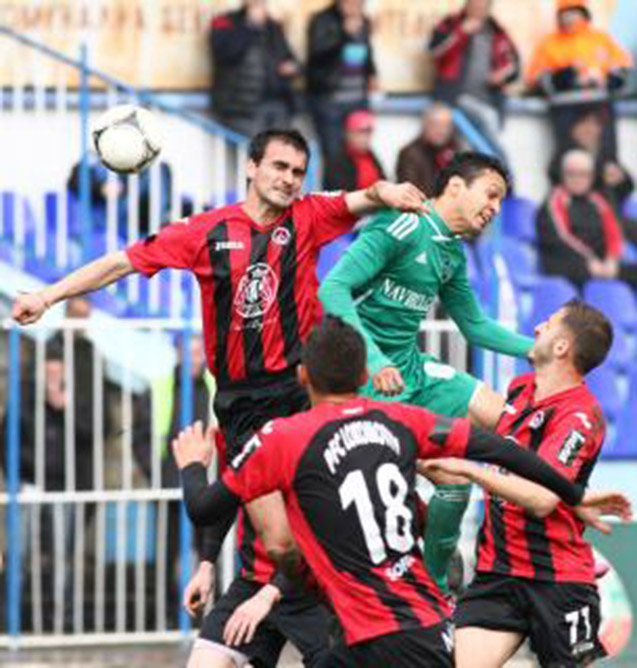 Ludogorets 4 points ahead of the persecutor Levski, after an important victory over Lokomotiv Sofia in Svoge. The precious goal was scored by MihailAlexandrov who entered as a substitute in the 61st minute. The host, on the other hand, got to play with one less player 25 minutes after the match had started, when KristianDobrev got a red card for hitting Marcelinho with elbow in the head. The champions could’ve achieved a way bigger win, but they missed a lot of goal-scoring opportunities in front of Galev’s goal.

The closest to score in the first half-time was MiroslavIvanov. In the 19th minute Marcelinho found the midfielder in a good position, but instead of taking a shot, Deco decided to kick it over the goalkeeper’s head and made a mistake. In the additional time given by the referee StanislavTodorov, a kick by Ivan Stoyanov hit the right goalpost, followed by YordanMinev kicking the ball out. br>
After the break the Eagles’ lead was more visible. Marcelinho had the chance to score twice, but the goalie of the Rail men had a lucky day. The right back Junior Caiçara also had two opportunities, but his shots from the penalty box line were blocked.

The result was decided in the 61st minute. MihailAlexandrov, who entered in MiroslavIvanov’s place, scored netting the ball punched out by Galev after Marcelinho’s shot. By the end of the match Ludogorets controlled the game. Lokomotiv, on the other hand, had only one opportunity, when Marquinhos’s shot was cleared by YordanMinev from the goal line.