Ludogorets with a first training in Turkey

Ludogorets took a first training in the Turkish resort Belek where they are on a camp since Saturday. 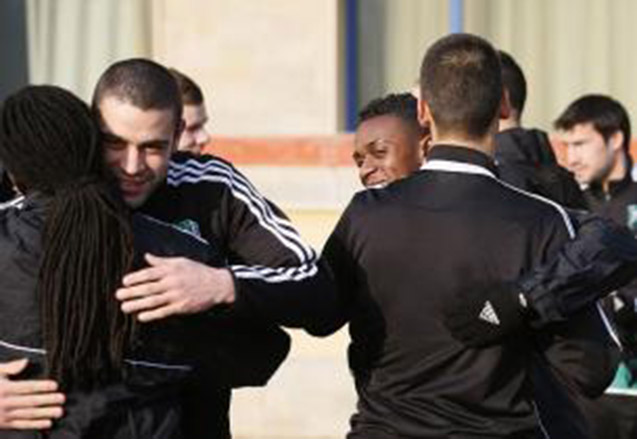 Ludogorets took a first training in the Turkish resort Belek where they are on a camp since Saturday. The same day they had training on one of the fields of Gloria Gold complex where they will stay till 30 of January. In the camp Ludogorets met the team of Beşiktaş who had training on the same time.

On Sunday Stoycho Stoev is planned two trainings – in the morning and in the afternoon.

In Turkey Ludogorets has arrived with 30 players. In the group are four of the youths academy of the “eagles” – Kristiyan Kitov, Denis Tsolev, Oleg Dimitrov and Tomas Tsvyatkov.

The first friendly game of Ludogorets in Belek will be on 22 of January. On this day the champion will play against the Russian team in Europa League – Rubin (Kazan).

“I expect the training to be like we scheduled it. The game with Lazio isn’t soon but we are thinking of it”, said Ludogorets’s coach Stoycho Stoev.