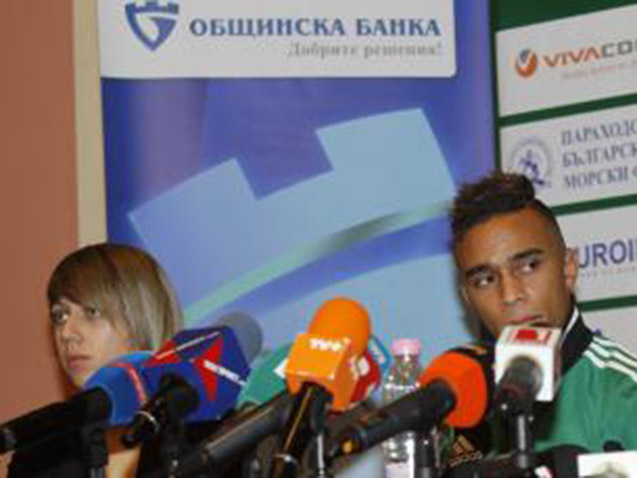 Ludogorets presented its second new addition for 2014 - Jeroen Lumu. The Dutch talent last played for the team Willem II where Virgil Misidjan also played. Lumu can play as a striker or right midfielder.

"Ludogorets is a good team and I think I have a future here," said Jeroen Lumu. "Virgil Misidjan is my friend. He influenced on my decision to transfer to Bulgaria, "said Dutch midfielder at a press conference in the" Tsarsko Selo”Lumu knows a lot about Ludogorets. "Of course, I watched the matches with PSV Eindhoven. Virgil also told me a lot about the team, "added the new addition.

"We're not saying details on the contracts, but the contract is long enough to be able to deploy Lumu his potential. Transfer fee will remain secret. What is important is Jeroen feels the best, "said on his turn Executive Director of Ludogorets Angel Petrichev.