Ludogorets couldn’t win over Litex in a tied match under a non-stopping rain, in Razgrad. 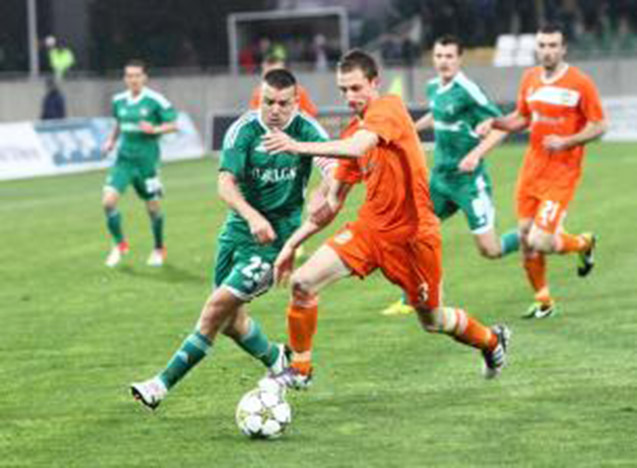 Ludogorets couldn’t win over Litex in a tied match under a non-stopping rain, in Razgrad. The 20th round match ended 0-0, which lowered the champions’ lead to 2 points. The Eagles finished the match with 10 players, Yordan Minev having received a second yellow card, respectively a red one, in the 57th minute. As a result, the national team player will have to miss the visit against CSKA on Thursday.

In the very beginning of the match Ludogorets could’ve started the scoring. A good shot by Mihail Alexandrov from 20 meters whizzed past the left goalpost. The champions had another opportunity in the middle of the first half-time. Marcelinho, who put a lot of effort on the field, got in a very good position, but instead of passing to Minev he shot and failed. Shortly after, at a critical situation in Ludogorets’s penalty box, Cosmin Moti cleared the ball with head, from the goal line, after Armando Vajushi’s shot. A good offense of the champions in the 40th minute ended with a pass from Ivan Stoyanov to Mihail Alexandrov, who sent the ball into the net, but he was marked as offside.

In the second half Ivaylo Petev put in the Colombian Sebastian Hernandez. The match remained equal for the adversaries, as they were putting lots of efforts on the field. In the 57th minute the Eagles left with one less player. The referee showed second yellow card to Yordan Minev for a foul against Armando Vajushi. Petev made an immediate series of changes. Nemanja Milisavljevic appeared, playing as a left back. Junior Caiçara, on the other hand, got to the right. It was exactly Milisavljevic who set up the clearest goal-scoring opportunity before Nikolay Yordanov’s last referee signal. In the 84th minute Alexandrov got the Serbian in a good position to the left, Milisavljevic took an excellent side-kick into the goal area, where Marcelinho was waiting in a good position at the goalpost, but his shot bounced on the outside of the goalpost. 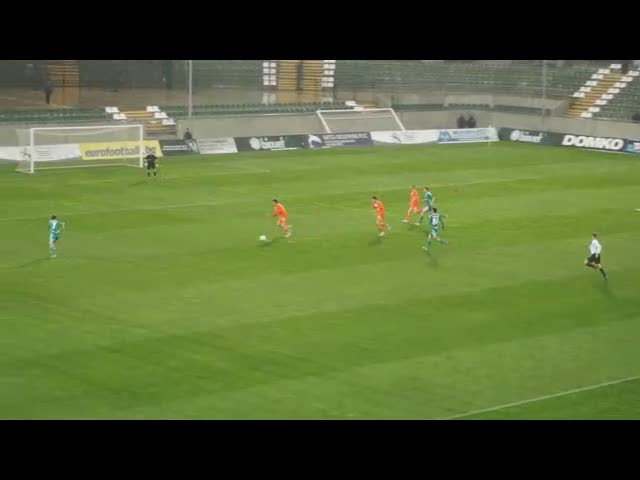